Opening the deadlines for the Social Justice movement to hold its primary elections to elect candidates for the national elections in February 2021 “is to jeopardize compliance with the electoral calendar . “ 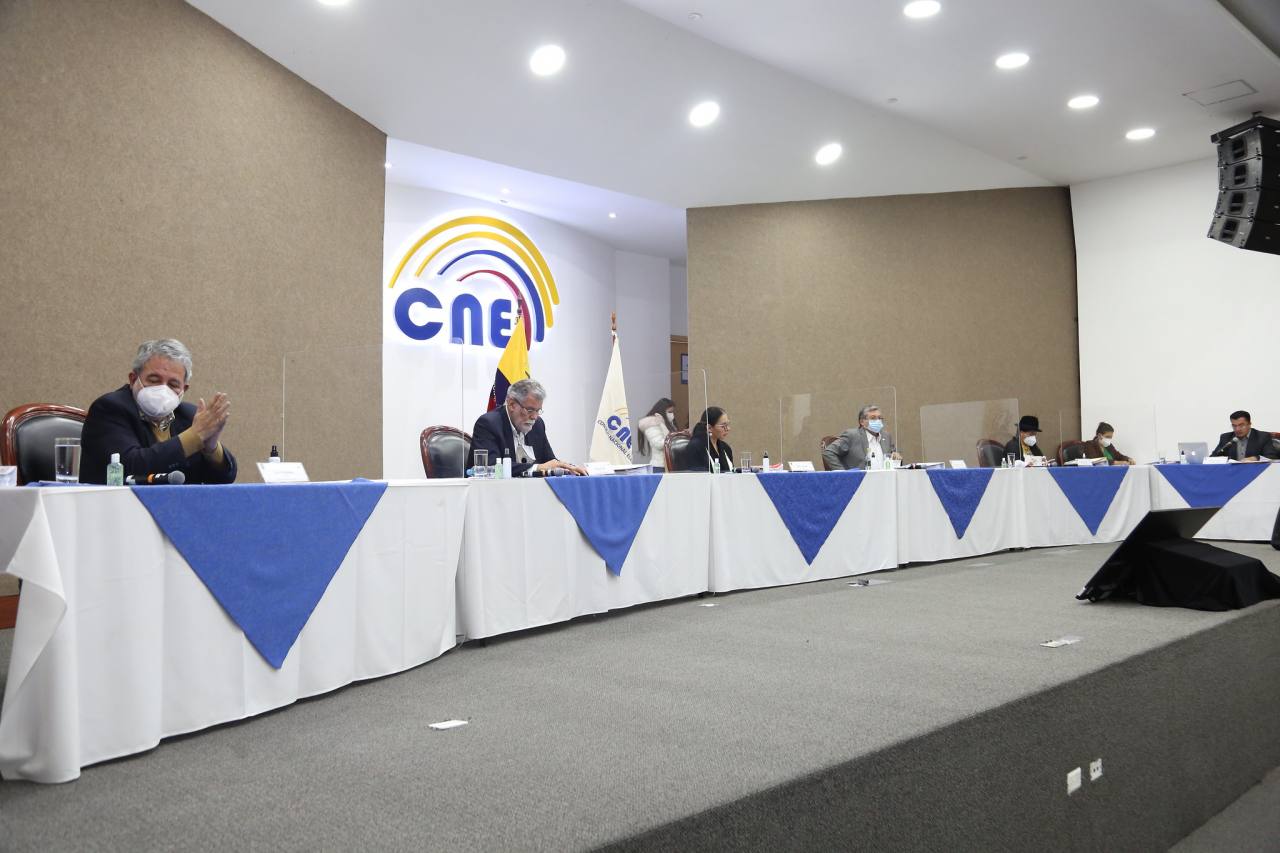 This was declared yesterday by the president of the National Electoral Council (CNE) , Diana Atamaint, when referring to the ruling of the Contentious Electoral Tribunal (TCE) of December 8, in which she orders the body to give the political group a reasonable time and means suitable for electing candidates for all dignities, from the stage of primary elections.

“Compliance with the electoral calendar is put at risk. (But) beyond the operational and administrative part that we have to do, we guarantee that this process is transparent, “said the authority in an interview in Ecuavisa.

The Council hoped that until mid-December, the TCE would resolve all contentious appeals at its headquarters, to begin with the printing of ballots. Although, the calendar establishes that on January 7 the final list of all the candidates for the presidential binomial, assembly members and Andean parliamentarians who will participate will be announced.

In parallel, on December 31 the electoral campaign begins.

The concern among the members is that the TCE ordered three actions that involve opening terms for Social Justice to carry out the primary elections and acceptance of candidacies in the electoral districts in which it did not do so.

That it confer a “new term for the initiation of the registration procedure for all candidatures for dignities without prejudice to explicitly and exclusively validating those that are qualified and firm”; and, that “qualify the candidatures that are registered in the new term granted and that may be corrected within the established term if they fail to comply with any requirement”.

The argument is that the political group was eliminated from the Permanent Register of Political Organizations and did not have the adequate terms to choose candidates.

These clarifications are made because Social Justice asked them to order the Council to comply with the comprehensive reparation measures of October 30, because on November 11 it was resolved only to give continuity to the qualification of candidates who were registered within the deadlines, and not new .

This prevented the proposed presidential binomial, of businessman and politician Álvaro Noboa and Gino Cornejo from being registered.

Yesterday, the councilors planned to meet to analyze the ruling and determine how they will comply with it.

Vice President Enrique Pita said that before issuing a resolution in plenary, they will review the sentence and “look at the implications.”

“It is necessary to be clear about the scope of the sentence, in order to carry out the planning accordingly. The times are extremely short, because according to our calendar, the lists for the printing of ballots must be firm until January 7. The scope of holding new primaries … are decisions that the Litigation has made and we must analyze their application, “he said.

Yesterday, the movement’s spokesperson, Sylka Sánchez, announced that they will carry out their primaries electronically in Guayaquil and that Noboa will be the presidential candidate.

So far, there are 16 presidential pairs that are officially registered to participate in the elections on February 7.

Last Tuesday, the TCE informed the Council that there were no contentious appeals against the pair of Andrés Arauz and Carlos Rabascall, promoted by the Unión por la Esperanza (UNES) alliance , so their participation is “firm.”

They added the presidential binomial 16; and if Noboa-Cornejo is qualified, it will be the 17th.

The Council also rejected an appeal filed by Carlos Arboleda and Wilson Freire against the UNES alliance, formed by Centro Democrático and Fuerza Compromiso Social (FCS).

They questioned that FCS did not have legal status, but the ECA ratified its legality, so their request was classified as inadmissible.

They also denied a challenge against the directors Diana Atamaint, José Cabrera and Esthela Acero , who presented the same challengers as “inadmissible”.

In this way, the participation of Arauz-Rabascall was specified. (I)