Pareja Cordero and his son were arrested while seeking refuge 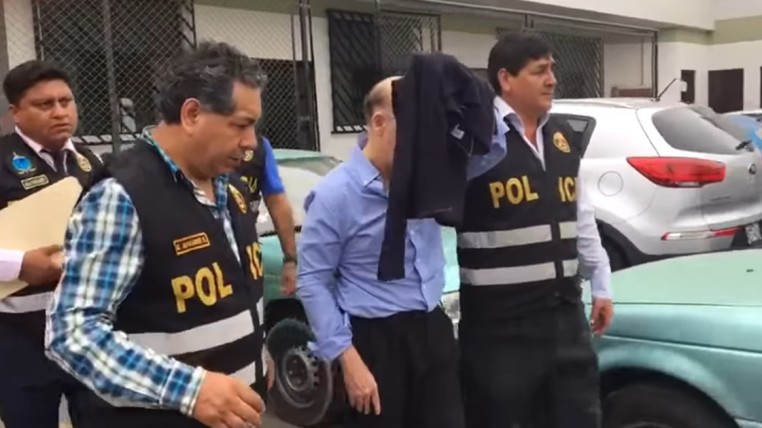 They were in their last interview prior to obtaining their refugee card at the offices of the United Nations High Commissioner for Refugees (UNHCR) when elements of the Interpol from Peru entered and arrested Carlos Pareja Cordero and his son Carlos Pareja Dassum. It was about 10:40 yesterday at the Paseo de la Republica Avenue in the San Isidro district in Lima, Interpol director in Peru Colonel Martin Parra reported.

The detainees, required by the Ecuadorian justice for the alleged crime of asset laundering in the corruption network of Petroecuador, are under the custody of the permanent criminal court of Lima “for the corresponding extradition purposes,” said colonel Parra.

The news of the arrest was disseminated on social networks by President Rafael Correa through his official Twitter account at 10:58 yesterday, 18 minutes after the arrest, according to the police report confirmed by the head of the Interpol in Peru.

Minutes later, Foreign Minister Guillaume Long reported that he spoke with his Peruvian counterpart Ricardo Luna Mendoza to monitor the case. The official will be in Peru today and will take advantage of the trip planned in advance (for the transfer of the Presidency of the Andean Community of Nations to Ecuador) to talk personally with Luna about the efforts to expedite the return of the defendants to Ecuador. “This is a legal field issue, not only an issue of foreign ministries.”