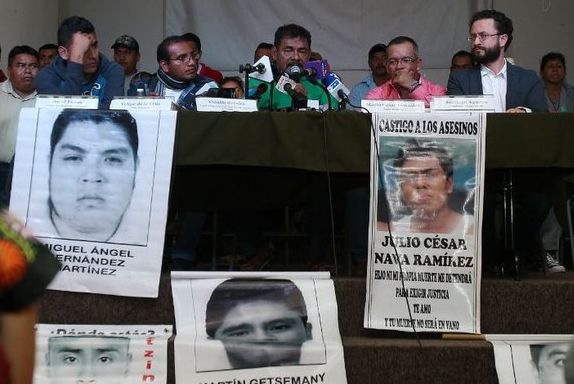 Parents of the 43 missing students and presumed murdered in Mexico, asked the Prosecutor to investigate the actions of military and federal police the night of the brutal attack againts youths in Iguala.

Vidulfo Rosales, family lawyer, said in a press conference that they have “asked for additional lines of investigation because according to testimonies of survivors they saw active participation of the federal police and army.”

According to testimonies of students who survived the attack, a group of soldiers was that night in the hospital, where they carried one of the injured young men and then placed roadbloacks on the ways to Iguala.

Rosales added that military and federal police that night knew what was happening in Iguala and omitted actions during five key hours to prevent “this heinous violation of human rights.”

The 43 students disappeared the night of September 26 in Iguala (Guerrero), when they were attacked by local police in cahoots with gunmen from the Guerreros Unidos cartel and so far only the remains of one of them have been identified.