‘Partial unemployment’ for companies in difficulty is envisaged in reform 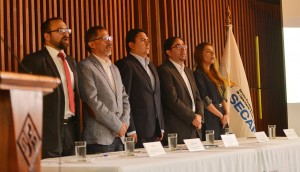 The labor reform to submitted by the Government as a matter of economic- urgent nature after the break of the Assembly, would include a figure called “partial unemployment” for companies.

This will allow companies that are in crisis or whose profits had been affected to refrain from closing but maintain their activities, reduced by 50% though.

In the same way, working hours would be reduced by up to 50%. This declaratory could be made for six months, renewable for the same period, only once.