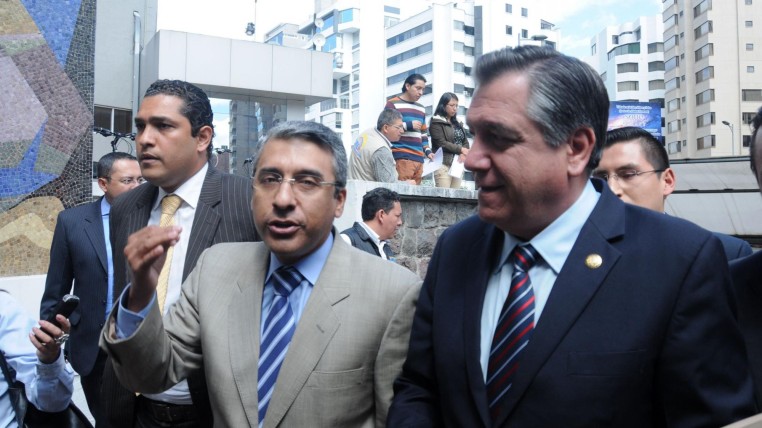 But the National Electoral Council (CNE) investigates the alleged use of public goods during an affiliation campaign of the Alianza PAIS party, held in Guayaquil.

At least that’s what Fausto Holguin, secretary of the agency, told to representatives of the National Electoral Transparency Agreement. Yesterday they requested quickness and sanctions to the CNE.

Specifically they claim that Vice President of the Assembly Marcela Aguinaga visited El Guasmo Sur neighborhood, on July 2, accompanied by government officials, offering services in exchange of affiliations to the government´s party.

Fabricio Villamar, coordinator of the Agreement, explained that they took photographs and the audio from a radio spot in which, it was allegedly announced that Aguinaga and two Assembly members would be looking for more adherents as evidence.

In less than a month, CNE staff will review 2.5 million signatures