Parties request the modification of requirements and signature review 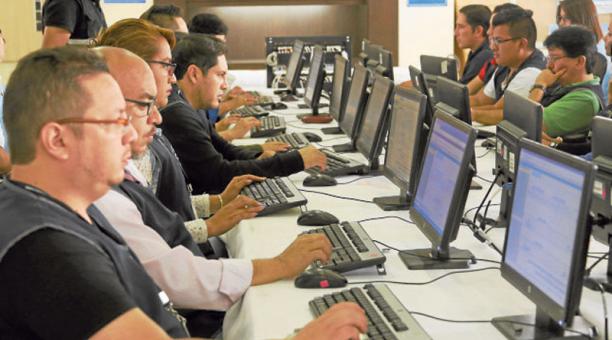 Wilma Andrade, president of the ID, indicates the weak points of the signature verification process. First, she says, the legal aspect. The fact that a person is prevented from joining a national and a local movement at the same time, something she considers a political limitation.

Wilson Sanchez, national director of Adelante Ecuatoriano Adelante contends the same. He also claims that the valid signature should be the last signature a citizen gives as a backup, not the first one as it is currently established.

To this observation he adds: “we have to accept the CNE data without question,” referring to the unvalidated signatures. There is no certainty that these signatures are registered in other parties or movements. He accepts that this is an issue of reserve regarding the political affiliation of citizens. CNE president Juan Pablo Pozo claims that they only inform political organizations of the signatures that are also recorded in other parties, “but we can not obviously tell them which ones, because this is personal information and no one can be discriminated against for their political affiliation.”