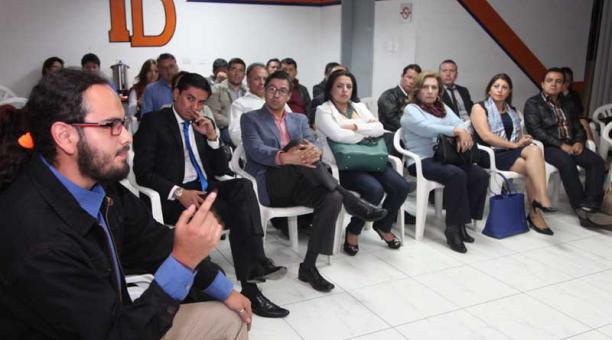 By 2017, 24% (4.3 million people) of the population will be composed of young people between 16 and 29 years old, according to projections of the National Institute of Statistics and Census (INEC), this means they will be entitled to vote in the elections and will represent at least 35% of the electoral roll.

Eight months before the elections, parties and movements begin to look for a link with this age group. The first National Survey on Youth and Political Participation in Ecuador, conducted in 2011, established that young people do have an interest in politics.

4,249 young people from five provinces, of the Amazon and rural villages of the highlands and the Coast were inquired. The study shows that 15.2% of young people have much interest in politics, 29.2% some interest, 41.2% a little interest and 14.2% nothing. These percentages, according to Franklin Ramirez, a political analyst and part of the team that developed the survey, are not low if compared with the adult population: 25.3% have no interest in politics.