Alex Pulido Vargas is a Colombian businessman with a fortune amassed in the shadow of Álex Saab. Together they were associated in 13 companies that were established in different countries. In Ecuador they created the Global Construction Fund (Foglocons). 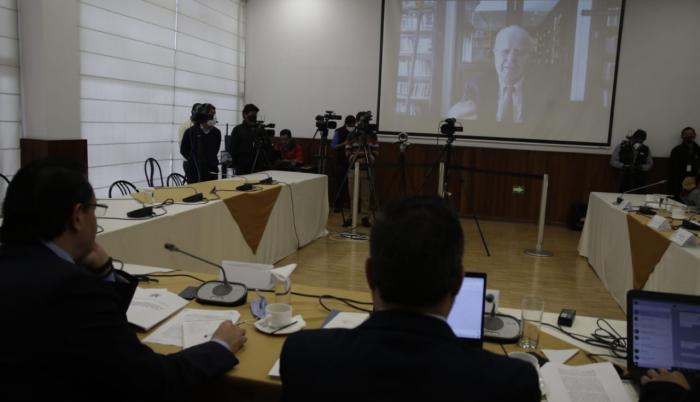 Vargas, whose real name is Germán Rubio, sentenced for drugs in France and for whom the US offers a reward of $ 10 million, entered Ecuador five times between 2010 and 2013. All his trips were of one or two days, he used private flights and did immigration control in the VIP lounges. The only time he stayed in the country for three days was from September 10 to 13, 2012. On the 19 of that month he established Foglocons at Notary 37 in Guayaquil.

An irregular event occurs precisely in the creation of the company. In the articles of incorporation, the notary Wendy Vera points out that Pulido Vargas appears before her and that he is a “Colombian executive in transit through this city.” According to the immigration registry, that day he was not in the country.

This newspaper looked for the notary Vera and left a message with her secretary. She did not answer.

The last clue about Pulido is from March 5, 2013. Before Migration, he registered his entry from Bogotá. But there is no exit record. </ strong> Shortly after, he became a fugitive from justice, after it became known that his company laundered money through the Sucre system, created by Hugo Chávez, whom Pulido Vargas knew personally.