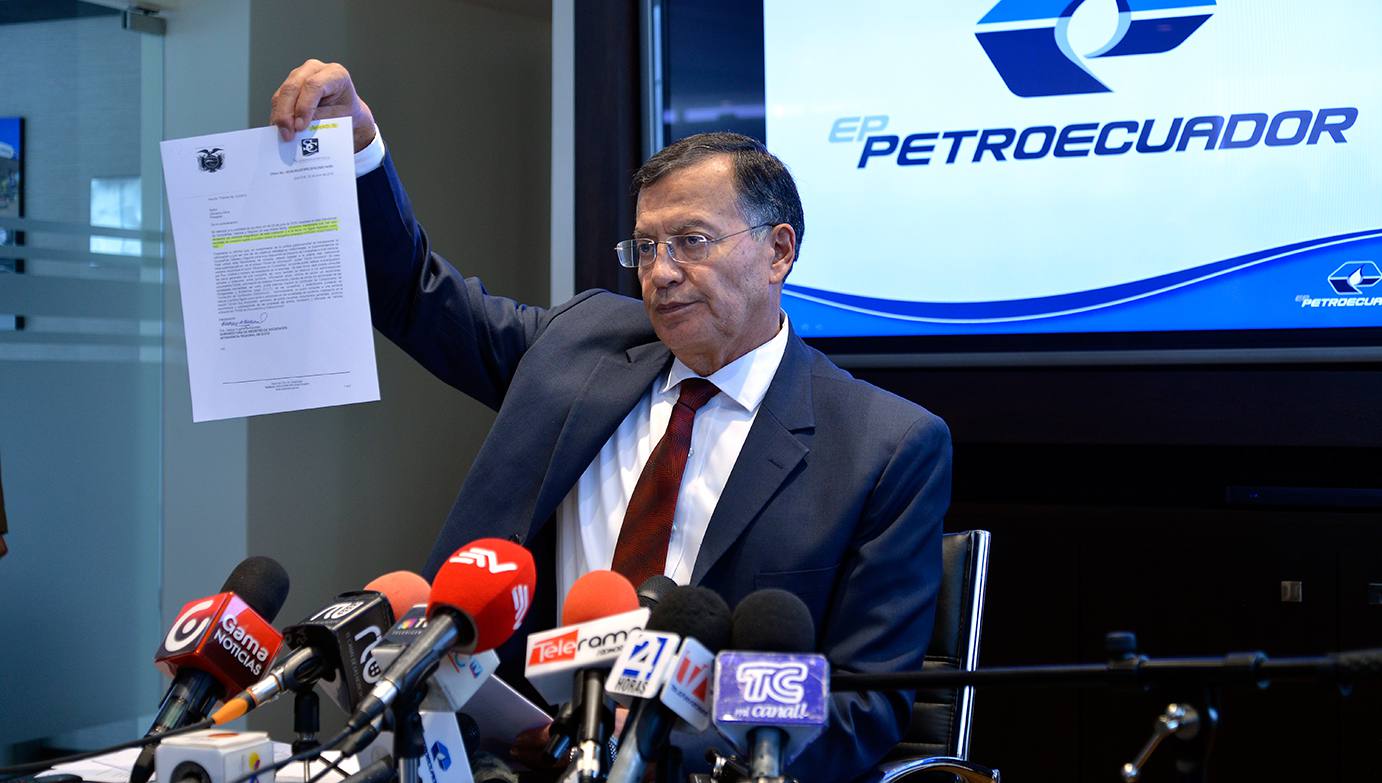 Petroecuador CEO Pedro Merizalde Pavon admitted Thursday he purchased the Panamanian company Horgan Investments Inc. in 2012, and that he did not include that investment in his declaration of assets.

He did so at a press conference in which he did not take questions from reporters.

According to the official, he bought the company because of an international venture that did not materialize, but he did not reveal that project. Due to the failure, he added that Horgan Investments did not record activities.