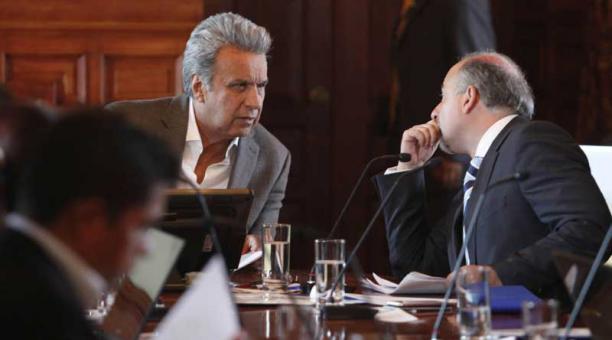 The President of the IESS Board of Directors, Richard Espinosa, met yesterday, October 3, 2017, with the President and authorities of the cabinet to present a report on the situation of Social Security and a proposal to increase the retirement pension by old age and disability of pensioners of the Social Security Campesino.

“In the next few days we will send the bill reform bill to the President so that he can send it to the National Assembly,” said Espinosa, who is the Executive’s representative to Social Security.

The annual income of the Social Security Campesino reaches USD 300 million and is one of four funds that does not present actuarial deficit, according to data of the report made by Actuaria Consultores in 2010. This document is the only one that is public. (I)

CB says that Ministry of Finance owes a debt of $ 3.6 billion

Chocolate and coffee merge in the Kawsay venture