Plastic straws, banned in Galapagos since May 22 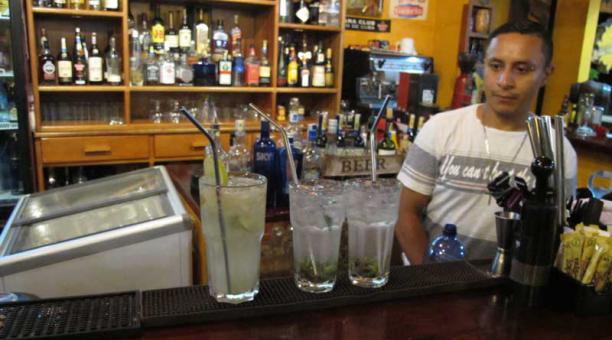 Since Tuesday, May 22, 2018, the sale and use of straws in the Galapagos Islands is prohibited. This is the first of four plastic single-use products that will not be able to enter the island from this year, to avoid contamination.

Progressively, until August 21, in addition to the straw, the introduction of t-shirt sleeves, polyethylene containers and non-returnable bottles will be prevented. This is part of an ordinance that is “mandatory compliance” for permanent residents, temporary residents, tourists and bystanders.

The ‘Galapagos for a culture without plastics’ initiative was approved in February 2015 by the Governing Council of the Special Regime of Galapagos (Cgreg).

The gastronomic and hotel sector of the province got ready for compliance. In Puerto Ayora, in the Santa Cruz canton, restaurants and bars searched for several alternatives, such as bamboo and metal straws. At Isla Grill they await the arrival of 800 metallic straws from Colombia.

Currently, in a pilot plan, they work with 20 units. “We have identified that the national tourist has resistance to its use, perhaps because of a hygiene issue, foreigners are more accustomed and many do not even ask for straws,” said Fernando Salazar, owner of the restaurant.

In phase one, seven months ago, a first attempt was made with the use of paper straws, but it did not work because the material dissolves quickly with drinks, such as juices or smoothies. “The metal ones go through a disinfection process in the steamer, its use is guaranteed”.

Midori, a local sushi store, opted for metal and bamboo straws. They also use juice removers made with sugarcane material. “We do not take the initiative again, we have already applied the alternatives, many of the customers already bring their own straws from their homes,” said Vinicio Intriago, the owner.

He said he adopted that model after a trip to Miami two years ago. The business also uses metal chopsticks for sushi and cardboard boxes for the sale of food at home, in order to avoid the use of plastic containers.

Lorena Tapia, president of the Council, commented that the regulation responds to an ordinance issued by the entity in 2015, but that it had not been fully implemented.

By then, he said, there was no roadmap to ensure the sustainability of the measure and the issue became basically part of voluntary campaigns. To meet this objective, checks will be carried out on each island, through police stations and points of distribution and commercialization of these utilitarian objects. “If people fail, what we will do is send the information to a judge to that sanctions in the frame of a contravention “.

Jorge Carrión, director of the Galapagos National Park, said the measure will help preserve the ecosystem. Only in the first four months of this year have been collected 22 tons of plastic waste, surface cleaning and submarines made around the coastal profile of the islands Santa Cruz, San Cristóbal, Floreana and Santiago.

But the measure is considered the beginning of a change of attitude in the settlers on conservation tasks. Alberto Andrade, spokesman for the Insular Front of Marine Reserve Galápagos, said that the theme “generates an image of a new citizen culture of love and respect for nature.”

The concern, he said, is because the straw that is used takes 1 000 years to decompose and, then, in the decomposition process, the polypropylene with which it is manufactured is fragmented into microscopic particles, which, he explained, end up in the oceans and affect marine ecosystems.

Gino Sorrentino, Italian owner of the restaurant Il Anovo Giardino, also believes in the Pelikan Bay sector. He has adopted several measures to support sustainability from the gastronomic area.

At his place, since you enter, a 5% discount is offered if the customer brings their own containers for “take-away”. Nor straws of any type are used and a campaign of communication with the visitors is made on the importance of keeping the island good condition. “Sustainability is a trend.”

According to Carrión, more than 90% of the polluting materials do not come from the internal activities of the islands, but from other areas such as the coasts of Peru, Chile, North America and the Asian continent, which are transported to the Galapagos by different marine currents.

The Galápagos program without plastics will be executed in four phases. One month after the application of the last stage, an evaluation of the aspects that should be improved in the insular region, declared a Natural Heritage of Humanity in 1978, will be made. (I)