Police arrests a suspected member of the Italian mafia in Ecuador 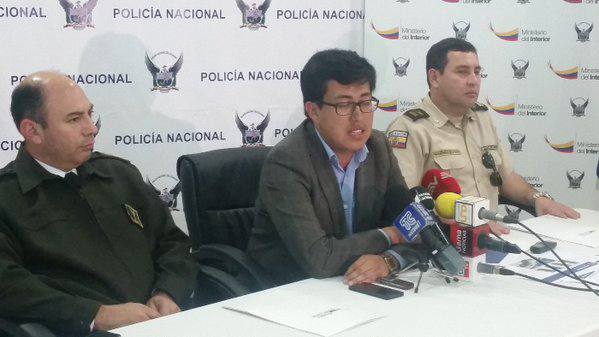 The Narcotics Investigation Unit and the European Cooperation (Uiace) arrested Tuesday in Guayaquil Salvatore I., a citizen of Italian origin, allegedly a member of the Italian mafia, aka ‘Camorra.’

The detainee would be the main link for the shipping narcotics from Ecuador to Europe, Ecuadorean Deputy Interior Minister Diego Fuentes said this at a press conference from Quito.

Italian media assure that the man, a Neapolitan, aged 66, served as a liaison with the Camorra de Torre “Tamarisco” Annunziata clan.

Fuentes assured that the arrest occurred yesterday in Guayaquil due to a requirement for drug trafficking and illicit association in Italy.

At the moment, his economic information is being analyzed. The arrest of Salvatore I. came after a joint operation coordinated with the Administration of Counterdrug Security Services of Bogota (Colombia), which allowed the identification and arrest of the drug trafficker.”

VAT revenues would fall despite the tax rise