This Thursday the union leaders of the Civil Police, of the research area of Rio de Janeiro, decided to extend the 24-hour strike initiated yesterday to demand better pay and to reform the security policy of the country, which according to the union that represents them is a complete “chaos,” and which is also supported by 16 of the 27 Brazilian states.

The leaders announced today that they will hold a meeting to discuss how long they will continue without working. They will also discuss if they are to organize a strike during the World Cup which starts in 21 days.

“We do this to show the importance we have,” said Janio Bosco Gandra, head of the Brazilian Confederation of Police Workers. 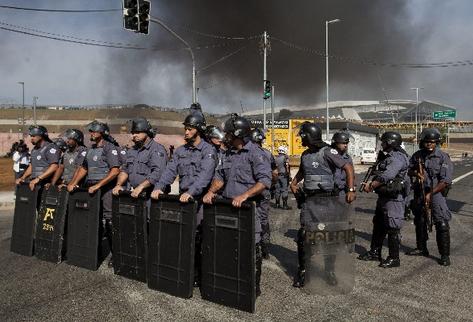