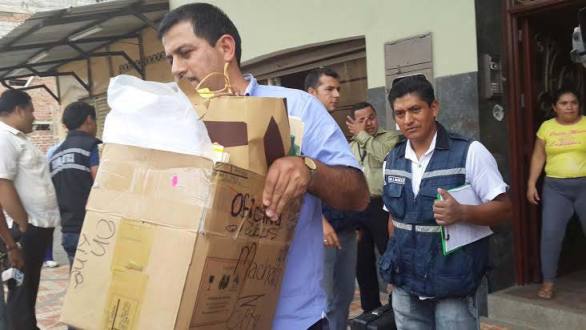 Agents of the Judicial Police and the Prosecutor raided this morning two houses where they seized documents and office supplies from the company Publi-fast.

In addition, members of the Special Operations Group (GOE) came together with the police to Buenos Aires and Chambers streets, located in the south of Guayaquil. They entered to the property, where according to the Prosecutor Miguel Vélez, it was used as operations center.

Inside, they found bearer checks, payment vouchers and employees credentials .

Likewise, the bills of those affected that demanded its return we found in other rooms,and several checkbooks with concert tickets.

Work and educational activities are suspended by toxic cloud of 2.3 km in the Daule way