Ecuador’s police reported Monday the seizure of 7.3 tons of cocaine hydrochloride that were to be sent to Spain from the coastal province of Guayas, located in the southwest of the Andean country. 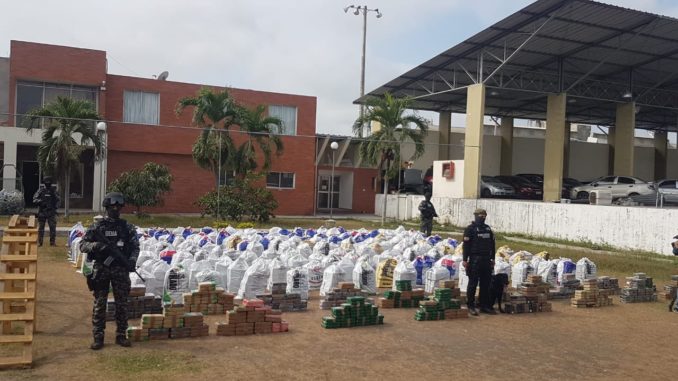 Photo released by the National Police.

In its Twitter profile, the Government Ministry indicated that it found the drug in loads of tuna, which were in the port of the coastal city of Guayaquil, capital of Guayas.

According to the source, six tons were found in 5,124 packages and 1.3 tons in another 1,303, but he offered no further details of the operation.

The drug was seized in Operation Impact 531, in which brick-type packages wrapped in plastic of different colors were found with inscriptions such as “Dubai”, “MTRX”, “AIR”, “B-J”.

Ecuador is not considered a drug products country, but it is considered a transit zone for transfer to other nations, such as the United States or European countries, among others.