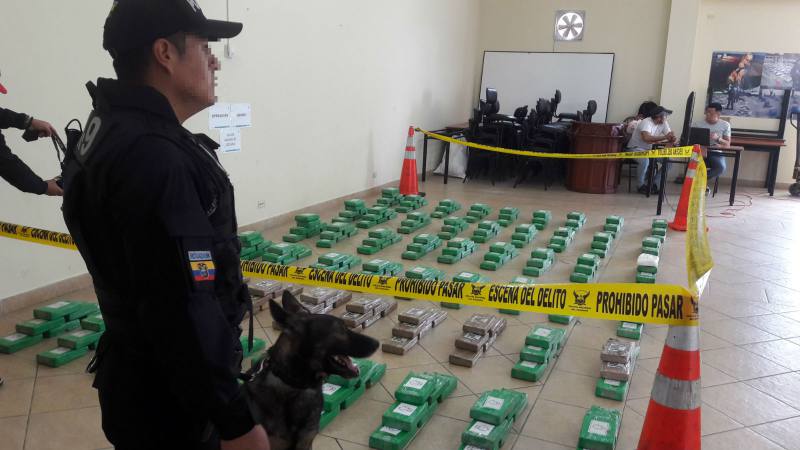 A shipment of 300 kilos of cocaine was seized on Saturday night by the Antinarcotics Unit of the National Police in conjunction with the Ports and Airports Unit of the Police in the vicinity of the Maritime Port of Guayaquil, in the south.

Inside the head of an abandoned trailer, on Avenida 25 de Julio, police officers found the cargo distributed in 319 brick packs that were intended to enter the port for installation in containers for their departure from the country, explained Captain Edwin Noguera, Antinarcotics chief of the National Police zone 8.

There were no detainees in this operation called ‘Odyssey’. (I)