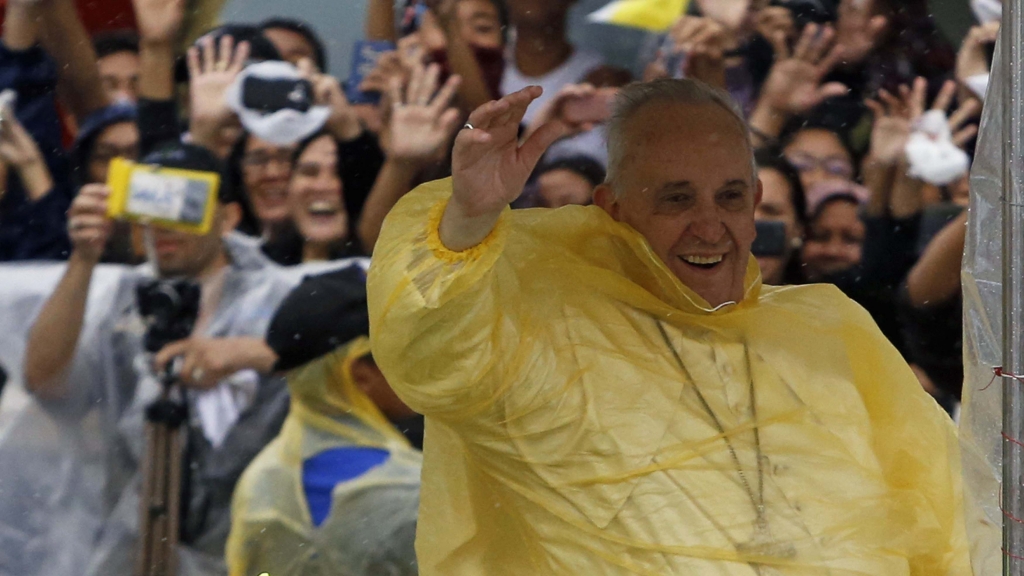 Pope Francis held this Saturday in the Philippines all his planned events, despite a tropical storm, to be close and comfort the survivors of Typhoon Yolanda in Tacloban, Leyte Island that swept the country in November 2014.

Francisco moved to the city of Tacloban despite the threat of a tropical storm that moves towards the area with sustained winds of 100 kilometers per hour and gusts of 130.

Despite the weather conditions of strong wind and heavy rain, Federico Lombardi, Vatican spokesman explained that the Pope Francis answered him: “Absolutely not, (at the possibility of celebrating Mass in an enclosed area) I have to be with them and celebrate Mass with them”.

According to the Vatican, about 300,000 people gathered on the esplanade of Tacloban airport, only protected by a raincoat poncho that provided the organization and it was the same that used the Argentine pontiff during their stay in the small Pacific island.

The pope will conclude a visit to this island with a meeting in Palo Cathedral, built by the Spanish Jesuit Juan del Campo and Alfonso de Humanes, with bishops, religious and typhoon survivors.