BREAKING NEWS
El Universo case in the Inter-American Court: Jurisprudence in favor of freedom of expression, request Emilio Palacio and César Pérez
Losses in family businesses reached 53% due to the pandemic, reveals survey
These are the most common reasons why you can be denied a visa
Seven universities in Ecuador are in the ranking of the best in the world
President Guillermo Lasso confirmed the purchase of six million CanSino vaccines against coronavirus
92 years of the female vote in Ecuador
Ecuador leaves the level that recommended that Americans not come to the country in the middle of the pandemic
Ecuadorian brothers adapted to changes in the US market and today generate jobs with renewable energy
Ecuadorian child, abandoned on the border of the United States and Mexico, remains in a shelter
Sales and exports of tagua decrease, some artisans even stopped that activity

Pope Francis: Freedom of expression is a right “but there are limits” 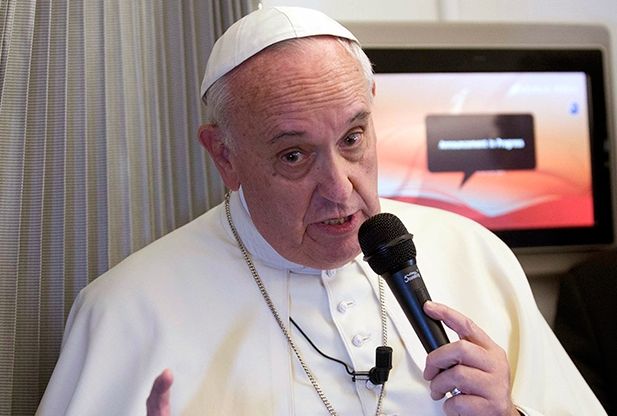 Pope Francis said on Thursday that freedom of speech has its limits and it can not provoke or offend religion.

“You can not offend or make war, or murder in the name of religion or in the name of God,” the Pontiff told reporters aboard the plane that took him from to Sri Lanka Philippines.

Francisco defended the freedom of expression as a “fundamental human right” and a duty to say what one thinks for the good of all. “But there are limits,” he said.

“There are so many people who speak badly of religions or other religions, who mock on them, taking lightly about the foreign religions,” he said.

The Argentine Pope considered that although now it may surprise what is happening in this field in the past there were wars in which religion played an important role.

The statements of Pope referred to the terrorist attack last week against the satirical weekly newspaper Charlie Hebdo in Paris.