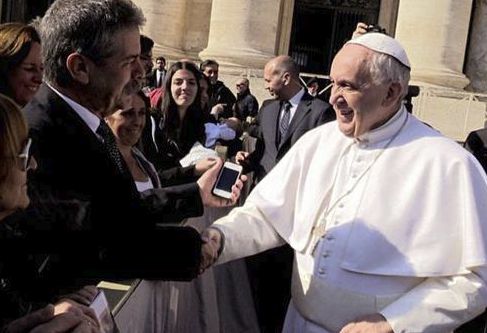 Pope Francis vowed this Wednesday to do everything in his power to assist in the clarification of the bombing of a Jewish venue in Buenos Aires in 1994, in which 85 people died.

“From me expect everything, that I do everything possible,” the pontiff told a group of relatives of victims of the attack against the Argentine Israelite Mutual Association (AMIA), whom he received for a few minutes after the public hearing.

The relatives asked him to intercede before Israel “to allow Israeli former ambassador to Argentina Itzhak Aviran testify” and before Iran to allow prosecuting those suspected of the attack.

The leader of the Association 18J, Sergio Burtstein, said that “if Aviran could have testified and explain why he said what he said at that time, perhaps (prosecutor) Alberto Nisman would be alive.”

Aviran, who was Israel’s ambassador to Argentina between 1993 and 2000, stated from his country to the Jewish News Agency that “the vast majority of offenders is already in the other world and we did that.”