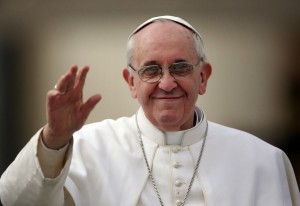 Pope Francis will travel next week to South Korea in order to pursue his desire to go to the “geographical and existential peripheries” and it will be fifteen years after a pontiff steps upon Asian soil for the last time, according to the Vatican.

The visit will be between 13 and 18 August. South Korea is a country with 5.5 million Catholics who represent over 10% of its population. The Holy See considers the Korean church “alive”, in constant growth and very active in the missionary plane.

Since assuming the pontificate a year and half ago, Bergoglio has underlined his intention to leave the spiritual and geographical center to participate in what he calls “the culture of encounter.”

Under those precepts, the Pope will also travel to Albania on Sept. 21, at 77 years old.

Gaza keeps ceasefire and negotiations between Israel and Hamas are retaken