Population of Ecuador manages to extend its life expectancy to 77 years, nine years more than in 1990, but the quality of life does not improve

Jose Salazar is 82 years old. He exceeded the average age of the Ecuadorian, which is currently 77.25 years. He affirms that thanks to a balanced diet, exercise and medical check-ups he has reached that age. “I hope to live another ten years at least,” he says with a smile. 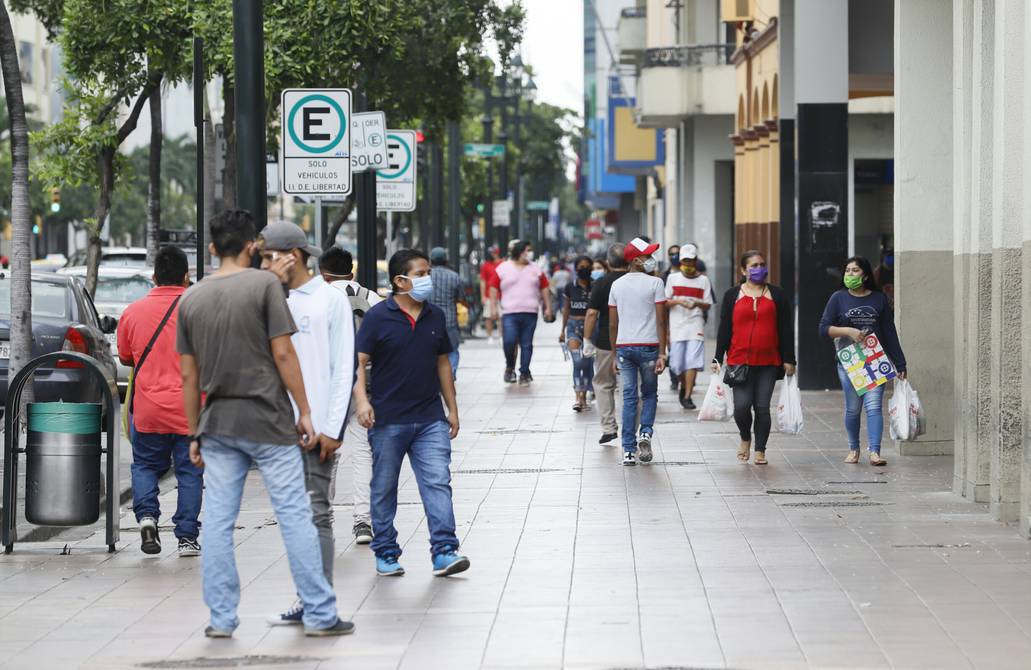 It is estimated that in thirty years the life expectancy of Ecuadorians exceeded 80 years.

Intercensal studies show that life expectancy rises in Ecuador year after year. In 2018, that of women was 79.65 years, older than that of men, which was 74 years. In this 2022, the life expectancy of Ecuadorians reached 80 years and that of Ecuadorians 74.5 years, which averages an average age of 77.25 years. If we compare these numbers with 1990, when the average lifespan in the country did not exceed 68 years, progress has been remarkable, although still below countries like Chile (77.99 years).

However, in the next 30 years, studies by the Latin American and Caribbean Demographic Center (Celade) and the National Institute of Statistics and Censuses (INEC), estimate that Ecuador will reach 82.3 years.

This substantial improvement in the life expectancy of Ecuadorians is due to the great advances in medicine worldwide and the technology currently used to detect and combat pathologies such as heart disease, cancer or diabetes, says Jorge Bucaram Záccida, president (e) of the College of Physicians of Guayas.

He is categorical in stating that the increase in life expectancy is due to external medical influence and not to substantial improvements in the country’s health system: “We are better off than in 1990 because in those years we did not have all that arsenal so much. pharmacological, diagnostic and laboratory to detect diseases in time and not because there is an improvement in the health system because it is lousy. What has improved is the world health system, since it is the technology that comes from abroad and is used in Ecuador.”

There are now better treatments for hypertension, diabetes, influenza, stroke, and chronic diseases. There are also more and better vaccines such as the one created for COVID-19, Bucaram points out. In the past, Ecuador registered deaths from polio, smallpox or tetanus, but this was overcome with vaccinations. In addition, in the 90s, practices such as coronary bypass or organ transplants such as the liver were not known.

Another important factor added by the specialist is that there are currently greater sources of information on the way we eat and the health damage caused by the so-called junk food: “And this has not been promoted by the State but now there are channels such as social networks or the internet, which although there is also garbage, have helped the population to understand the correct diet”.

However, the country has problems of obesity, overweight and chronic child malnutrition that can significantly impact life expectancy. Matheo is 2 years old and has already been diagnosed with chronic malnutrition and overweight. His mother, Shirley, says that she is aware that her son does not eat well and enough to be healthy. Soft drinks, processed foods and carbohydrates are part of the daily diet. In Ecuador, 27% of children under 2 years of age suffer from chronic malnutrition. The situation is more serious for indigenous children: 39% suffer from it.

“These inequities must be corrected. I believe that the indigenous movements, more than because of the value of diesel, should protest so that there is a budget to face these problems that also affect the quality of life of a person. No child should suffer from malnutrition”, indicates Bucaram.

For Andrés Contreras, doctor and professor at SEK International University, life expectancy in the world has increased and this goes hand in hand with a greater culture of health prevention. He indicates that Ecuador should focus on preventing ills in its young population so that they reach old age in a good way, but neither should they neglect current patients who already suffer from pathologies.

The specialist does not agree with Bucaram and affirms that Ecuadorians still have a lot to learn about nutrition: “Although sometimes access to quality food is limited by lack of income or time. Many people work and seek to eat the fastest and cheapest, but others do not have money to buy good food. Eating healthy should not be expensive and the State must work so that this changes and that populations with lower incomes have a good diet”.

The quality of life is a determining factor if it is analyzed that the hope of this is on the rise in the country, since, as in many nations, the rate of population growth and the proportion of people over 60 will simultaneously decrease. years of age will continue to increase. In Ecuador there are 1.3 million older adults (who are over 65 years old).

It is estimated that half of this population in the country lives in poverty. The majority of older adults are not in good health during, at least, their last 10 years of life, as shown by the study The Future of Aging by the consulting firm Deloitte, which explains that the length of life in which one is in good health is has stopped in 63 years.

“Our country faces great challenges to guarantee the health of people of retirement age (65 years for men and 60 years for women), so it will be advisable for us to transform the products and services of the public and private health ecosystem through a culture focused on the prevention and maintenance of well-being, taking advantage of cutting-edge technologies and psychological care”, indicates the consultant.

Added to this is the fact that the country’s retirees generally do not have access to an efficient scheme of health benefits either. “In Ecuador, if a patient has lung cancer and they give him an appointment for six months, what we do is leave the diagnosis at the cemetery,” says Bucaram.

The Ministry of Economic and Social Inclusion provides several items of economic protection to older adults, such as the My Best Years non-contributory pension (established in the government of Lenín Moreno), aimed at older adults in situations of extreme poverty, who receive a $100 per month; and the Senior Adult pension, aimed at people in poverty, with a monthly item of $50. Although this is not enough to cover the costs of medicine and food.

In addition, the poverty indicators of the general population are added, which, according to the INEC, as of December 2021, 27.7% of Ecuadorians were poor; that is, he lived on less than $2.85 a day. This also makes it difficult for people to access quality food and medicine.

Contreras assures that life expectancy does not matter much if its quality does not rise: “What is the point of reaching 90 years of age if I am going to arrive with a bad life, in poverty and without being able to access good food or medicine? ”.

Pamela Cabezas, an internist at Hospital de los Valles, agrees that the axis of the current health system should be changed to a preventive one, since annual medical check-ups are of great importance for children, women, men and people in the third age: “they help in the early detection of diseases and timely treatment”. In addition, to take care of mental health and carry out a review and update of the basic list of medicines to add or discard medicines. (I)