Poroshenko agrees with Putin for a ceasefire 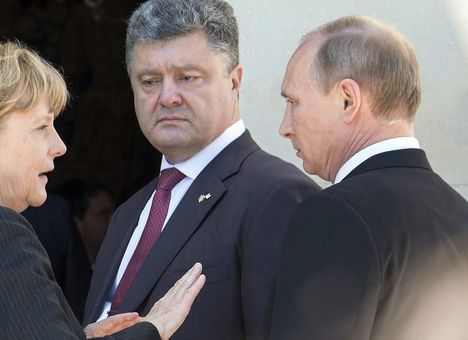 Petro Poroshenko, President-elected of Ukraine and Russian President Vladimir Putin, have agreed this Friday for a ceasefire between government forces and pro-Russian rebels in eastern Ukraine.

“I can not do other but welcome the position of Poroshenko about we should put an immediate end to the bloodshed in eastern Ukraine,” Putin told to Russian media.

However, Putin stressed that the negotiations for the peaceful settlement of the conflict cannot be between the two countries, because “Russia is not part of the conflict.”

Meanwhile, Poroshenko has said that an agreement with the head of the Kremlin has been reached.

“A Russian representative shall come to Ukraine, with which we will discuss the first steps for the settlement of the situation and the plan I have presented as president, which includes a series of steps by the Russian Federation and others by Ukraine,” has told Poroshenko to the press.