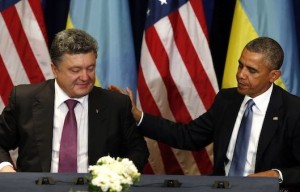 Ukrainian President Petro Poroshenko, yesterday urged the US to create a special status for Ukraine which allows them to provide lethal aid to the country.

The president declared that “war can not be won with blankets”and other assistance that the US has sent so far.

Indeed, the U.S. Government yesterday announced the award of $ 53 million more in humanitarian and security aid to Ukraine, a package that includes helmets, flak jackets and vehicles for the Ukrainian Army, but not the lethal aid requested by Poroshenko.

Resolution supporting query is approved by the Parliament of Catalonia