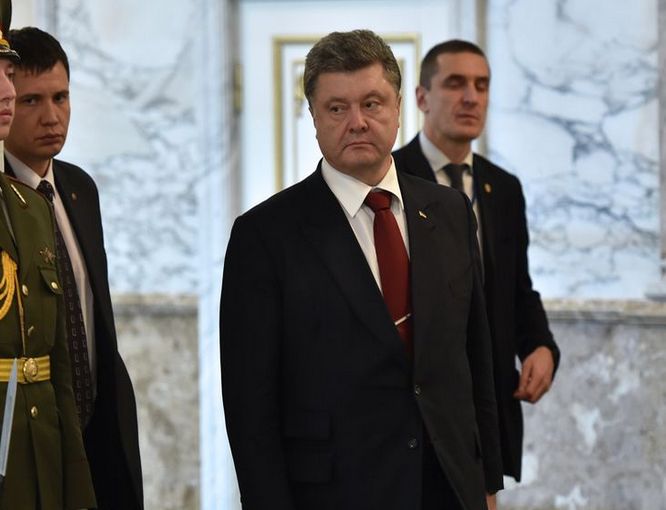 Ukrainian President Petro Poroshenko, said this Friday that the country was still far from peace and there were no guarantees that the cease-fire agreed yesterday at the Minsk summit take effect.

“I do not want anyone illusions. And I seem a naive,” Poroshenko said during his visit to a training center of the National Guard on the outskirts of Kiev.

Poroshenko added that “still a lot to achieve peace and that no one has the firm assurance that the conditions for peace which were signed in Minsk be met.”

The Ukrainian leader said last night meeting with several leaders of the European Union in Brussels that the implementation of the peace agreement will not be easy and regretted that the rebels did not accept an immediate ceasefire.

The conflict in the eastern front Ukraine, remains intense and in the last 24 hours in the regions of Donetsk and Lugansk been killed around twenty civilians.

Also according to the military spokesman Andriy Lysenko 11 Ukrainian soldiers were killed and 40 wounded in clashes in the last hours.