Port: the reform that damaged Portuaria 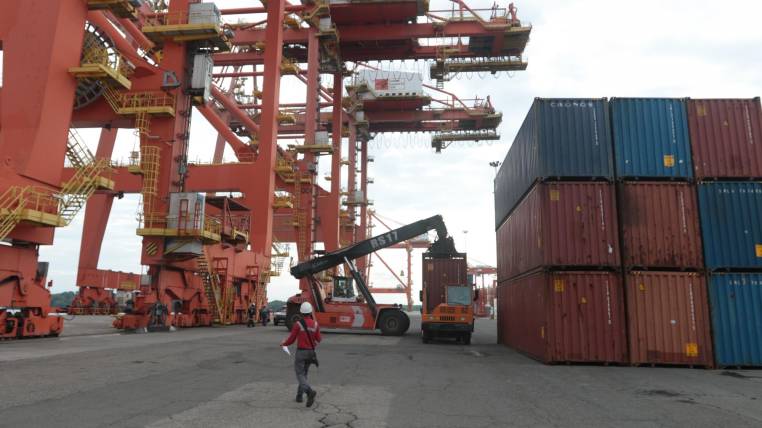 In the “sabatina” 389 of October 6, 2014 of former President Rafael Correa, the then Minister of Transportation, Paola Carvajal, told him that the reforms to the concession contract of the state port, which was at that time the most important in the country, would benefit the State, everyone.

And Correa boasted about that in front of his audience. He celebrated: “It’s good news.”

Today, the CPA Freddy Arévalo Santana, by delegation of the Comptroller General of the State, makes a special examination of the reforms made in October 2014 by the Port Authority of Guayaquil (APG) and that, according to the current administration, have not been favorable for the Ecuadorian State; rather, they have caused him enormous damage: $ 5.8 million.

The auditor reviews records and the control of income and expenses related to the acquisition of goods, services, consultancies and remunerations in the period between January 1, 2015 and June 30, 2017, indicates an office to which Diario EXPRESO agreed and that is aimed at the current general management of Portuaria.

But already APG has taken a step forward: it has a report on the effect of the variable consideration, of the reform to clause 58.4 of the concession contract by modifying addendum, of October 17, 2014.

EXPRESO spoke with the manager of Contecon of that period, José Miguel Muñoz, but his current work – he said – does not allow him to give statements on the matter. The current administration of the company, a subsidiary of the Philippine company Ictsi, did not comment on the situation either.

Guayaquil analysts believe that the addendum caused a risk shared between the company and the State. Last year the market was reduced to the concessionaire, which lost around 50% of its traditional cargo for an unattractive commercial management for the shipping agencies that call their ships in the city.

The values by which the consideration was fixed (payment to the State for the handling of the port) variable before the modifying addendum were of $ 10.40 per TEUS (20-foot containers) mobilized and $ 0.50 per metric ton mobilized.

With the reform, the monthly variable consideration that Contecon must deliver to the Port Authority is 9.5% of the gross invoiced operating income.

Between 2014 and 2016 its accumulated profits in those three years exceed 60 million dollars. The data for 2017 are not available on the Superintendence of Companies website.

In 2016, the port business in the country generated revenues of $ 151.7 million for the Philippine company.

According to the Government of Rafael Correa, with the modification of the contract, Contecon would pay no longer 8% (“a little more”, according to Paola Carvajal), but 9.5%. The State was going to regulate the services.

Contecon committed to making new investments and advancing others; to lower the 10% tariffs to the port user export sector; reinforce the springs; create a logistics area. Paola Carvajal said it on “sabatina”  389. (I)

The industry, which generates the most quality employment

Some 10,000 Ecuadorian troops are stationed at the border with Colombia