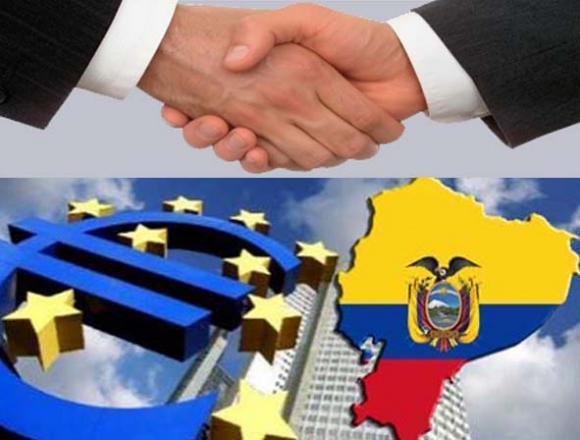 The Government’s announcement to increase tariffs on 375 products and groups of products is causing concern to the European Union (EU). The measure is part of the government’s economic plan announced on October 11 and aims to curb the outflow of dollars and the protection of local industry.

Although the government said it would raise the tariff to the ceiling allowed by the World Trade Organization, according to the EU ambassador in Ecuador, Marianne van Steen, the measure should not be applied to the block.

“If there is a preferential agreement, the increase in tariffs should not apply to imports coming from the EU. If it is applied, it would not be compatible with the commitment found in the agreement, “the ambassador said yesterday (November 30) in a discussion with the press.

According to the EU, in several meetings, government authorities promised not to apply the increase to the products of this block. For the analyst in foreign trade, Cristian Espinosa, the countries of the Andean Community of Nations (CAN), with which the country has trade agreements, should also be exempt from an increase.

Otherwise, said the expert, there would be formal complaints from those nations. Another matter that generates concern is the implementation of the customs fee that the National Customs Service of Ecuador put into effect on November 13.

Van Steen ratified that in the block they are carrying out a technical, legal and economic analysis on the impact that this measure could have. Article 24 of the commercial agreement establishes that rates may be set, but these measures should be limited “in amount to the approximate cost of the services rendered and should not represent an indirect protection to domestic goods nor a tax on imports or exports for economic purposes.”

Van Steen said that the EU is analyzing, in particular, whether the rate is proportional to the service that will be received. The National Customs Service of Ecuador has defended that the rate does not have economic aims, but it looks for to pay the service of control of the contraband.

The first ten months of validity of the agreement with the EU left a positive balance. Domestic sales to that market reached USD 2 796 million between January and October, which represented an increase of 12% compared to the same period in 2016, according to a report from the Ministry of Foreign Trade.

Meanwhile, imports from that market grew by 25%, going from USD 1,335 million to USD 1,669 million in this same period. Thus, the EU consolidates its position as the country’s main market for non-oil exports, a position it has held since 2016, when it overtook the United States.

Another positive result of the agreement is that some 200 new companies (small and medium) entered this year to sell their products to the European block, said the EU ambassador in Ecuador. Banana is the traditional product with the greatest participation in that market.

The shrimp shipments, however, although they are important, have hardly changed. The explanation is that crustacean exports are focused more on Asia. Non-traditional products registered a positive performance.

Among them are footwear, which grew four times in export volume and canned and processed tuna. According to the EU report, canned tuna was the category with the greatest increase, as the volume of product increased by 55% between January and September of this year.

Ricardo Herrera, director of the Chamber of Tuna Industrialists and Processors, said that tuna exports to this market grew mainly due to a short-term issue, which was the reduction in the supply of Asian competitors, which pushed up prices.

In the case of imports to Ecuador, until last September shipments of liquor almost tripled and those of cars grew by 113%. According to David Lopez, technical chief of the Chamber of Commerce of Quito, this increase is related to the dismantling of safeguards, the recovery of domestic demand and the withdrawal of vehicle import quotas.

But the main imports from the EU are related to inputs for industry such as machinery, instruments and medical devices and others. (I)