Last Thursday the National Assembly of Environment met in the Prometeo Theatre at the Casa de la Cultura in Quito, where about 80 people heard testimony from leaders of 20 organizations in the country regarding mining and oil extraction.

Everyone went to the table located in the center of the theater and from there they exposed stories of their people and proposed solutions: 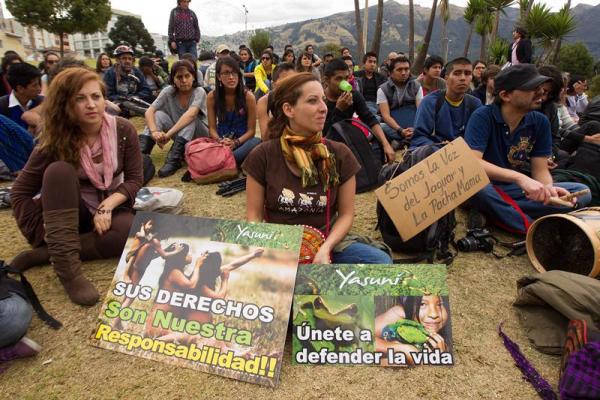