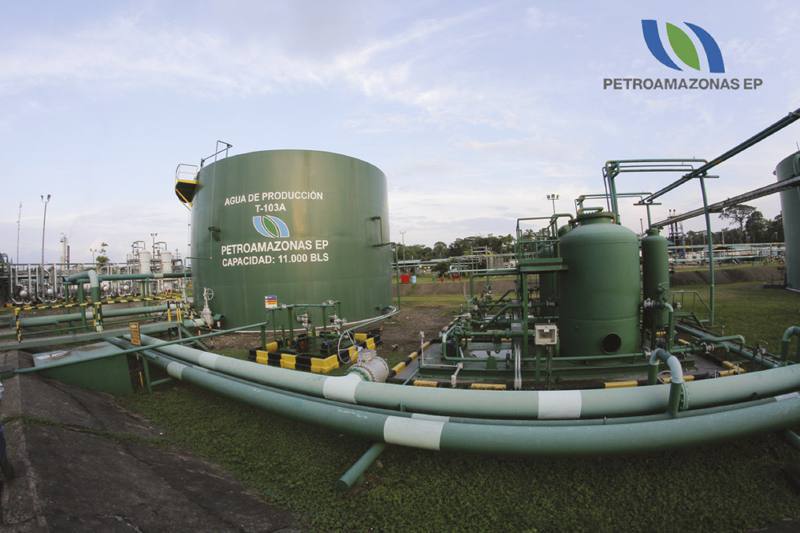 The State may recover money from long-term contracts with Petrochina, Unipec and Petrotailandia in two ways.

At least $ 561 million will enter due to changes in the calculation of the price and freight; and about $ 3,500 million in three years for releasing crude oil for 50 million barrels.

This was explained yesterday by the Minister of Hydrocarbons, Electricity and Mines, Carlos Pérez García, commenting on the results obtained after six months of talks with Asian companies, which he said were not easy.

The minister explained that these new conditions would come into effect from yesterday, after the signing of an agreement, and this would become law for the parties.

The agreement touches five points: the calculation of the WTI price (West Texas Intermediate) will be done about three days from the sale date and not 11 as it was before. With this change they save $ 11 million.

In the freight issue, in which charges were made without discriminating the true cost of it, now it will be in accordance with the ships actually used that may be Aframax or Panamax. Only in this area are $ 280 million recovered. The prize has also been renegotiated and Asian companies will pay $ 0.90 extra per barrel, which means $ 257 million more in revenue. In total $ 561 million.

On the 50 million barrels released, the official explained that it was agreed with the oil companies to reschedule the longer term delivery, so that the oil now released can be sold through spot sales of four shipments of 360,000 barrels per month, and so have a better price and cash flow for the budget.

Meanwhile, Minister Pérez confirmed that this year there was a new disbursement of $ 400 million of oil pre-sales from the Petrotailandia companies. This is the product of a negotiation of the previous government.

The official explained that the corresponding transfer was made to the Ministry of Finance.

On the other hand, Ecuador has just signed a direct oil purchase agreement with Petroperú, which will be calculated based on the WTI price, plus the reward or punishment obtained in relation to the spot sales that are made.

This change is also positive, because, before the agreement, Gunvor, Core Petroleum and Petrochina intermediated the crude, which hurt buyers and sellers.

Additionally, Perez said that due to the increase in the price of crude oil market, the State has received $ 968 million more than expected.

The WTI price is around $ 71, and the punishment between $ 4 and $ 10, depending on Ecuadorian crude. But in the budget it was calculated to receive $ 41.92 per barrel. However, he said he did not know the fate of that extra money, because it is the responsibility of Finance.

Perez said that President Lenin Moreno has given him a period of 90 days to finalize the merger of the ministries of Hydrocarbons, Electricity and Mining.

The international organizations are interested in auditing the five oil projects of the previous government. (I)