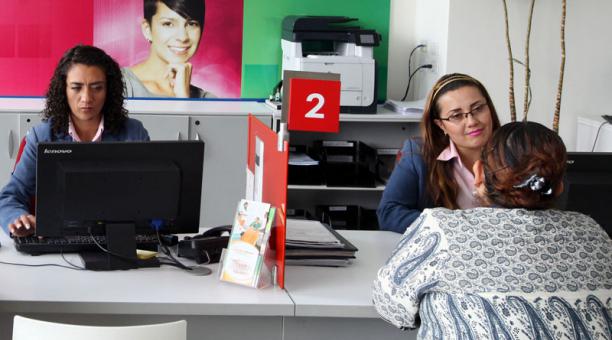 The changes established in the law that regulates the companies of prepaid medicine and insurance of medical assistance, since October 2016, have generated a contraction in the size of this market.

This caused the departure of several companies that are no longer authorized by the Superintendence of Companies, Securities and Insurance (Supercías) to operate. Comply with a subscribed capital of USD 1 million is one of the requirements of the regulations to operate. The deadline to meet this requirement expired in October 2017, the regulator confirmed. In October of last year, 25 firms provided the service.

However, by February 2018, according to a circular of the ‘Supercías’, only 18 companies were registered and authorized to operate: 11 with headquarters in Quito and seven in Guayaquil. The agency reported that these firms complied with the minimum capital. Of the seven remaining companies, six entered into “dissolution and liquidation” processes and one remains in the process of “resolving observations on the increase of paid capital prior to its approval,” the Superintendency clarified.

That company “cannot accept or obtain contracts or affiliations”. The law also determines, in Article 10, that companies must maintain solvency requirements, mandatory investments and amounts of reserves for services rendered and not reported and services rendered and reported, in addition to those determined by the regulatory entity.

Only the reserves correspond to 10% of the premiums -price that the client pays for the coverage- and must be constituted in a period of three years (2017-2019). The Ecuadorian Association of Companies of Prepaid Integral Medicine (Aeemip) calculates that the solvency and reserve regimes represent a capitalization of more than USD 100 million for the industry.

Another change in the regulations is the reimbursement that companies must make to the public network, for the attention received by their members in medical centers of the Ecuadorian Institute of Social Security (IESS) and the Ministry of Health.

The union has indicated that this represents a cost of around USD 70 million per year for the sector. Pablo Albuja, president of Aeemip, described this measure as unconstitutional and stressed that it affects the legal security of companies.

However, he clarified that it has not yet been implemented because the Health Authority has not defined the economic capacity of the companies and the progressivity for the reimbursements, as established by the law.

In addition to the capital requirements, it is demanded that the plans of the companies be approved by the Quality Assurance Agency of Health Services and Prepaid Medicine (Acess) and the technical notes, by the ‘Supercías’.

The technical notes are documents that establish the premiums or minimum and maximum amounts that insurance companies must charge companies or individuals to insure against risks. For Patricio Salas, president of the Ecuadorian Federation of Insurance Companies (Fedeseg), the entry of a new authority, such as the Ministry of Health, through the Acess, has caused certain delays in authorizations that affect the development of the activity.

“The procedures have been complicated to approve new plans and technical notes, in some cases they take months”. “This regulatory and risk environment leads each company to evaluate its competitive position in the market and define to which segments it wishes to offer its services,” explained Albuja.

Some companies are redefining their niches. A report from the president of the prepaid medicine company Salud S.A. to the shareholders’ meeting on its fiscal year 2017, dated March, it indicates that the firm separated 91 people, due to the decision to “focus the company on individual businesses”.

This document is published on the ‘Supercías’ portal. Before this company had a strong focus on corporate plans. The firm was consulted on the subject, but did not respond. The economic plan included a VAT levy on health and life insurance plans with premiums over USD 150. However, the new Finance Minister, Richard Martinez, has said that he is not a participant in this type of measure. (I)