This Thursday the National Electoral Council (CNE for its Spanish acronym) began the distributing of ballots and electoral kits designed for the Sectionals Elections of next March 22, to be repeated in thirteen parishes in eight provinces since the last elections of February 23, had irregularities reported in several ballots.

In parishes Camilo Ponce Enriquez and Carmen de Pijilí (Azuay), voters will choose their leaders through electronic voting. As for the other parishes in the rest of the 7 provinces: Guayas, Esmeraldas, Manabi, Imbabura, Tungurahua, Morona Santiago and Napo, physical ballots are going to be used with a different design than the previous ones from the past elections.

To prevent further irregularities, every parish will have more than 200 uniformed police and military, plus some 150 people in a special operation to help providing support and security to the voters. 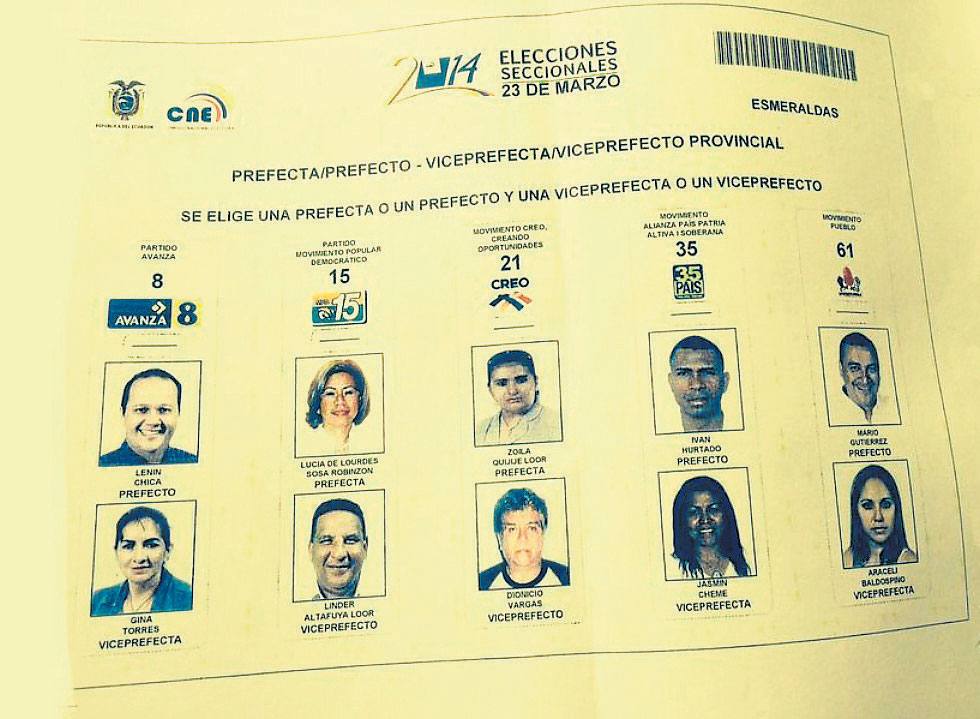