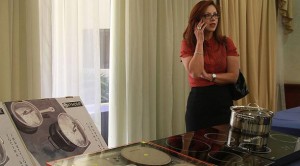 The brands Ecasa and Indurama indicated that the presales of the induction cookers recorded 40 000 and 2 000 units respectively, during the last two weeks of August.

They indicated this at the Swissotel in Quito during the exhibition of electric induction cookers, in which eight of the 12 qualified companies for the manufacture of electric stoves participated.

Washington Zhunio, Ecasa representative, said they have already done presales for 40,000 kitchens nationwide and expect to enable the system of the Ministry of Electricity to start the delivering of the units from the second week of September.

Zhunio explained that the most requested models are the kitchens of four burners, which have a Price of USD 283 and the four-burner and oven model, which has a cost of USD 650.

Juan Pablo Vela, Indurama Manager, said that in the last two weeks of August, the brand distributed throughout the country 2000 induction cookers of two and four burners without oven.

The government hopes to replace 3.5 million of gas cookers for induction cookers, to reduce the subsidy on fuel that would be around USD 700 million per year.