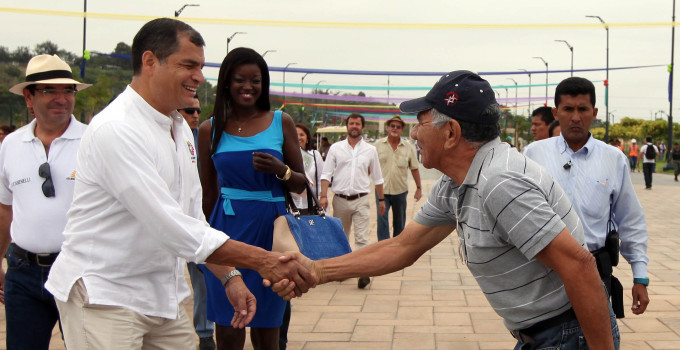 President Rafael Correa offered the morning of Thursday, September 4, to finance the difference of the cost of a bridge that wil connect Samborondónand Guayaquil.

His statement was made ​​in response to the declaration of the Mayor of Guayaquil, Jaime Nebot, who plans to build a $ 70 million cost bridge next to the bridges of Samborondón and Daule, below the $ 143 million the government offer would cost.

During a tour to the Samanes Park, north of Guayaquil, Correa described as a “whim” the decision of the Mayors of the three counties (all from theSocial Christian party) of not using the studies he has offered to give way.

These are: the two bridges, as well as a 42 km boardwalk that would unite the Pascuales parish with the Guasmo neighborhood, in the south, and which were offered during his campaign, would no longer materialize as anticipated the president himself.