The President of the Republic, Guillermo Lasso, inaugurated the Ecuador Open for Business international event on Thursday morning, November 18, which brings together representatives from 51 countries around the world and whose purpose is to attract investment to Ecuador. The president ratified that the current objective of the country is to attract private investment of around $ 30,000 million in four years. 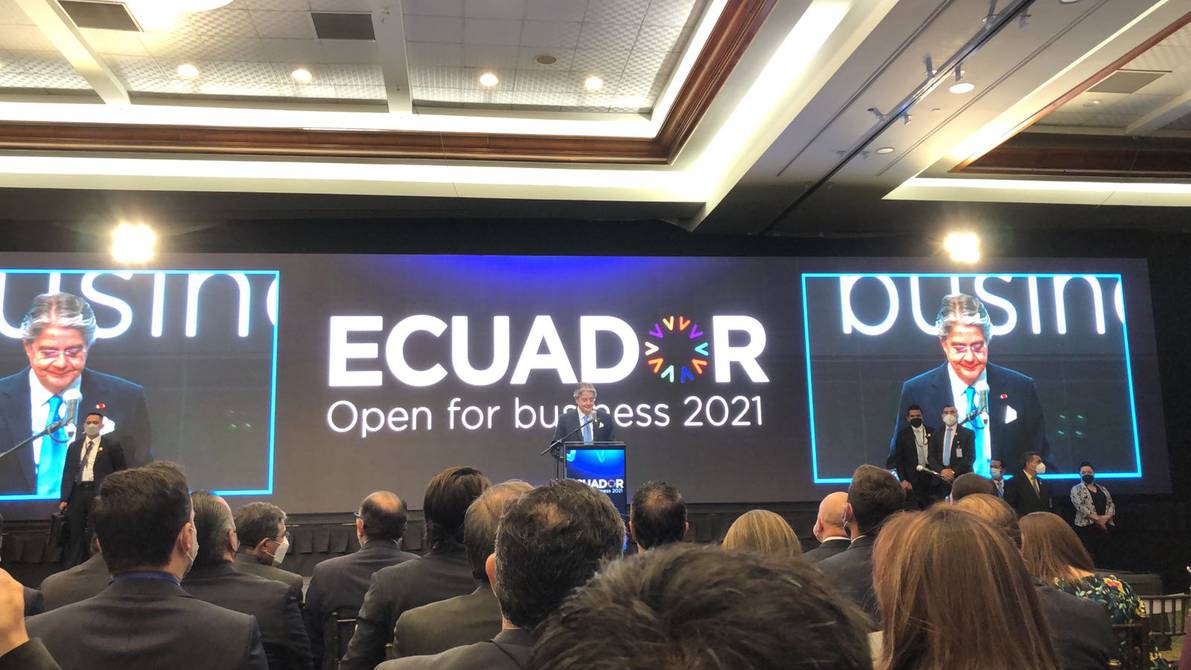 President Guillermo Lasso inaugurated the Ecuador Open for Businnes event on November 18, 2021, where investors from 51 countries around the world participate.

“We have a portfolio with the goal of achieving $ 30,000 million in investments in hydrocarbons, minerals, telecommunications, infrastructure and more sectors,” he said.

In that event, the president announced that Ecuador will probably grow up to 3.5% this year, that is, a higher goal than the official Central Bank and that is 3.02%.

Additionally, Lasso announced the creation of a new Secretariat for Public-Private Partnerships that will be in charge, precisely, of facilitating the investment issue.

In his inaugural speech, the president highlighted the country’s macroeconomic strengths, among them the dollarization of which he said that “now it is safe in Ecuador.”

He explained that the economy has been better organized and therefore at the moment there are international reserves for $ 8.2 billion, when when he took office, they were in the order of $ 5.9 billion.

He also reiterated that the country is open to business and that this Ecuador Open for Business is not just a slogan, but a reality.

The president described the government’s economic milestones as the drop in country risk from 1,200 to 700 points, although he stressed that this index is not yet satisfactory, but it is a sign of what could come. He highlighted the vaccination process and stressed that by the end of the year 85% of the population will be immunized.

He also explained that the country’s deficit has been reducing, but that in 2022 it could reach 2.5%, especially with the possible approval of the tax reform. Additionally, he mentioned that inflation is in very manageable terms: 1.47%, one of the best rates in the region and the lowest among dollarized economies.

In this sense, he invited investors to bet on Ecuador at this time, as it is the country of opportunities. He said that there is room for investments in the hydrocarbon, electrical, cleaner energy, financial, telecommunications and even social fields.

Lasso also highlighted the commitment of his government to enter into trade agreements with the main economic blocs. Thus, he said that it seeks to finalize the agreement with Mexico and be part of the Pacific Alliance until the first quarter of 2022. Also, the Trans-Pacific Alliance, for which talks have been advanced with China and even an agreement with Eurasia, for which has held talks with Russia.

The first keynote talk was given by the Minister of Production, Julio José Prado, who spoke about the need to create an ecosystem of companies. These must grow together and achieve industrialization. He explained that Ecuador seeks to consolidate various economic clusters such as cocoa, textiles, assembly, among others. He is thinking of some new ones such as cultural, gastronomic.

Who participates in Ecuador Open for Business?