President Lasso raises the salary to $ 425, despite the claim of the business sector

This Monday, December 13, 2021, many Ecuadorians heard what they had been waiting to hear since last weekend. The Unified Basic Salary (SBU), as announced by President Guillermo Lasso on open television, will rise to $ 425 by 2022, “the highest percentage increase” they have had in eight years. 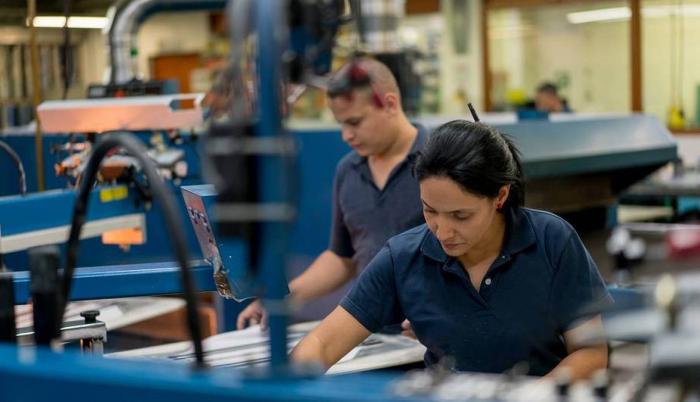 The presidential decision will have an impact on the economies of companies nationwide.

However, this will mean a relief for the pocket of Ecuadorians, experts warn, could be reversed and bring not so positive effects on business stability and on the goal of labor reactivation.

The decision made by the president comes after the National Council of Work and Salaries (CNTS), made up of employers and workers, did not reach a prior agreement to establish the increase, in which workers advocated $ 25 and employers, for just $ 3.

In his speech, issued this Monday night, Lasso justified his decision by saying that this increase will contribute to the economic reactivation promoted by his government, the same one that “must feel first – and above all – in the humblest homes of Ecuador. In their food plates, in the purchases in the pantry, in the utility bills, and in each pocket of each Ecuadorian worker”.

However, from the market this decision is not so optimistic. For Patricio Alarcón, a former business leader, it is anti-technical and lacks any logic, since not only does it ignore the economic reality experienced by thousands of companies in the country, still hit by the pandemic, but also ignores inflation, one of the indicators that normally are taken into account to set the salary increase. “It is estimated that this indicator would be 1.5% next year, if that is the case, the increase should have been no more than $ 6. That would have been the logical, the technical, the optimal for the worker, so that he did not lose purchasing power and for the entrepreneur do not see their production costs rise”.

The great risk, said Alarcón, is that the competitiveness of companies will continue to decline as the cost of labor rises, one of the most expensive in the region, and that this will also frustrate the government’s objective of reactivating labor hiring.

But from a political point of view, it seems to be a favorable decision for the president. According to former legislator and university professor Henry Cucalón , it is a positive blow to his credibility, without this ceasing to be a business impact due to “the fulfillment of that commitment to the working class.”

Gonzalo Albán, coordinator of the Center for Sociopolitical Studies of the Ecotec University, agrees that the positive impact with the risk that Lasso, in the future, tends to enter populist practices. “The libertarian principles of his proposals remained only a quote in the national development plan. A conservative and fiscal model that we will see evolve over the four years”.

Burgers, pizzas and chicken, among the most consumed in delivery restaurants in Ecuador