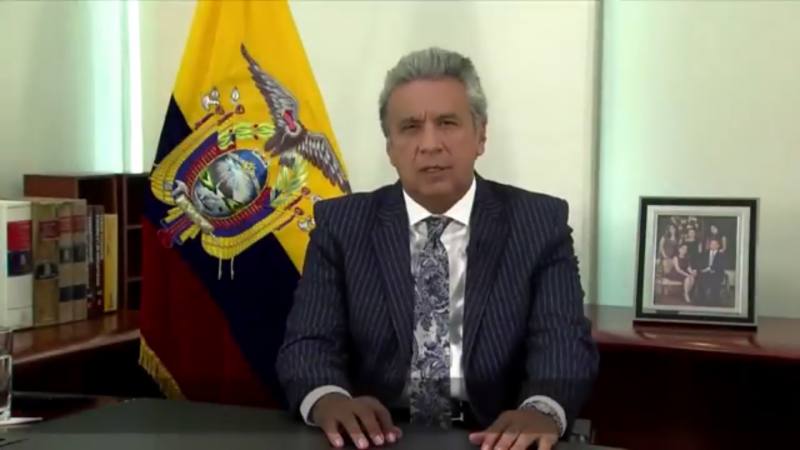 President Lenin Moreno announced on Monday night, in his weekly address, that “due to the sensitivity of the demands of some sectors” he has “provided for the elimination of reforms that modified the income tax for people who do not have children.”

That issue was part of the proposals for economic and tax reforms, which the president sent to the Legislature on November 1.

Another of the president’s announcements on Monday night was that this week he will sign the “executive order to exempt companies that have sales of up to $ 500,000 from paying the income tax advance. Those who record sales of up to one million dollars will enjoy a 60% reduction, and companies that record sales of more than one million dollars will enjoy a 40% tax reduction.”

“With this exemption, the government encourages production and employment, but the business sectors have to make their best contribution,” Moreno said, emphasizing: “I want to recognize and highlight the attitude and contribution of the productive and business sectors. to continue fostering public-private partnerships and investment, contributing to generate the conditions for the best productive development as long as tax, labor and environmental responsibilities are fulfilled.” (I)

The arrival of unmanned ships, in the agenda