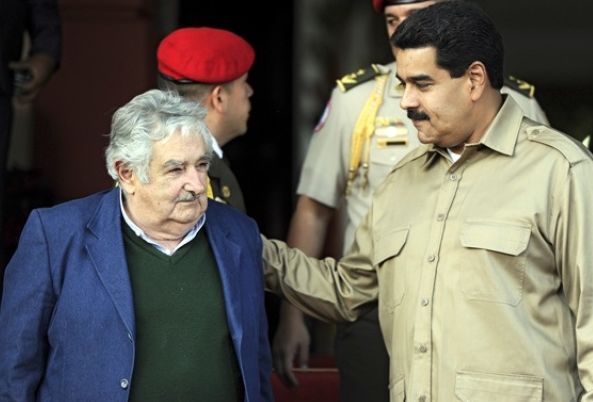 Uruguay’s President Jose Mujica spoke about the political tension in Venezuela and warned that he fears a ” leftist military coup” in caribbean country.

“The problem Venezuela may have is that we can face a leftist military coup, and thus the democratic defense is going to hell,” Mujica said in a preview of an interview with the newspaper El Pais.

According to the president, currently, “there are very clever ways to destabilize a government” and “is much easier to make incur a government in stupidities and make it get in. Not to say that’s what happens in Venezuela,” he said.

For Mujica, there are two sectors in the Venezuelan opposition: those who line up behind Henrique Capriles and “those who want a coup.”

Yesterday, the president had stated that “there is a part of the opposition that wants an institutional way and other part wants the government to abdicate or flip it now. That is causing tensions.”