The president of Honduras, Juan Orlando Hernandez, showed interest in learning about Ecuadorian experiences in social, fiscal and oil issues during the work visit done to Ecuador.

After meeting privately with President Correa, the two leaders attended a working session with their ministerial delegations in which Hernandez said that his government was interested in knowing details of the projects of social and inclusive development of Ecuador.

“Latin America has been characterized by having left a large part of our brothers without services, of spaces that allow them to feel the same dignity” as any other citizen, Hernandez said.

After the workshop, the two leaders will make declarations to the media and to end the official visit, Hernandez and his delegation will attend a luncheon hosted by Correa. 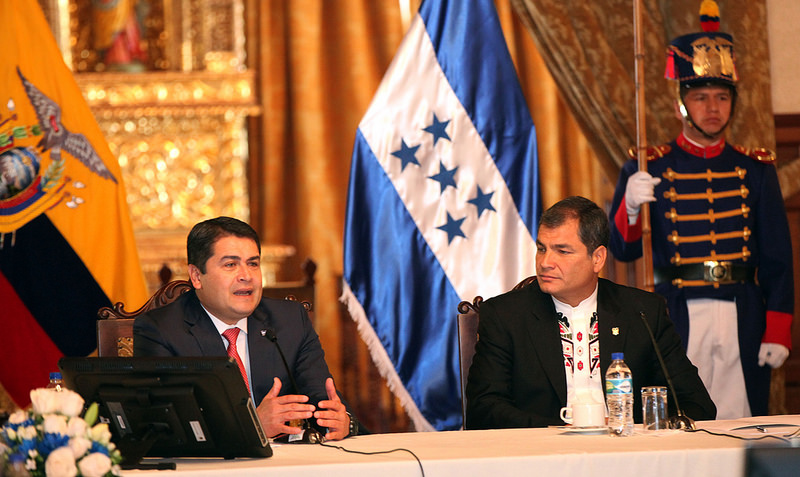