BREAKING NEWS
Mike Pompeo asks China to control illegal fishing in the Galapagos
Judge orders preventive detention against Dalo Bucaram, his two brothers and others for alleged illicit association
Álvaro Noboa calls for a peaceful protest in social media for the annulment of his movement
Scientific journal from Manabi, among the 100 most cited in Google Scholar Metrics
Existence of the Ecuadorian Forward Party will go to the Electoral Court judges
Suspected fraud towards Álvaro Noboa
Binomial by Álvaro Noboa will be presented on August 9, 2020
Ecuador Rejects Demand From Two Debt Holder Firms
Spain to investigate espionage of former President of Ecuador Rafael Correa
Celebrations: in Guayaquil they found weapons and in Quito they canceled graduations 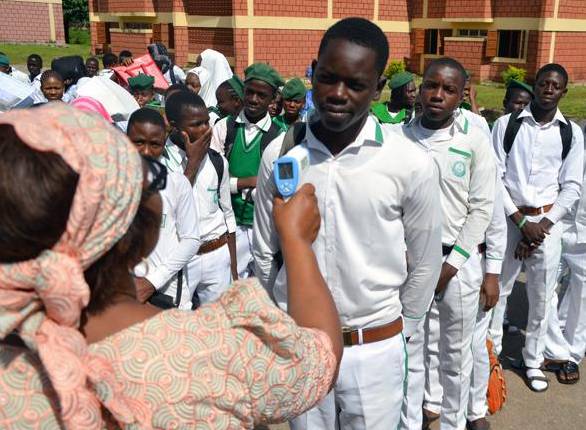 Sierra Leone’s President Ernest Bai Koroma announced the end of all quarantine measures taken to combat the Ebola virus due to reversing of the epidemic in the country, which has the largest number of cases.

“The restrictions on the movement of people will be lightened to encourage economic activity. There will be no restrictions of this kind at local or provincial level,” said Koroma in a radio-televised speech Thursday night.

Last September, the country’s authorities imposed quarantine measures in five of the 14 districts and containment measures for the entire population, people were also forced to spend the last Christmases locked in their homes.

“Given the progress made against the disease, we must take steps to allow economic and social recovery,” said the president, quoted by the digital portal of the local daily Global Times Newspaper.

The Ebola virus reverse phase began in the three most affected countries (Liberia, Guinea and Sierra Leone), where the number of new cases has fallen in January to its lowest level since August.