President of Tunisia Left the Country 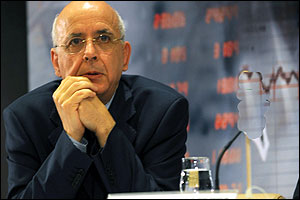 This Friday the Prime Minister, Mohammed Ghannouchi assumed on an interim basis the presidency of Tunisia, after the former president Zine El Abidine Ben Ali left the country due to a month of demonstrations that ended with his 23-year regime.

Zine El Abidine Ben Ali abandoned the country after a month of demonstrations that left dozens of deceased. This occurred when the former president tried to suppress de contempt through all means, from the repressions to concessions. On Thursday he announced the reduction on the price of food, and his intention to leave his charge in 2014 when his ruling was supposed to end. However, on Friday he disbanded the government and the authorities imposed a state of emergency with a curfew in all the country. The army was on his side with the control of the international airport Tunis-Carthage, and restricted the air space.

All of this was in vain since thousands of demonstrators of the capital filled the streets to demand resignation of Ben Ali. During Friday night several machine gun shots were heard after Ben Ali left the Tunisia capital. Mike Hammer, spokesman of the National Security Council, said that the White House read the reports that informed the departure of Ben Ali.

Last Thursday the riots were contained by the police, the hostilities left 15 people dead. Before this reports the Federation of Human Rights informed that 66 people died since December when the demonstrations began.