President Rajoy defends his management before the Ebola infection 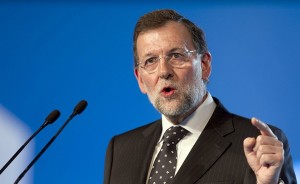 The President of Spain, Mariano Rajoy, defended on September 8 his Executive management against criticism by the first contagion of Ebola, which took place in the country, the only so far recorded outside of Africa.

Rajoy promised that he will inform of all new developments and remembered that a monitoring committee was created to coordinate the work between the Spanish health authorities and European institutions. “We are facing an issue that concerns to the public opinion (…) What I ask is that they let the professionals work, they have accredited prestigious. Spanish healthcare is one of the best systems of the world,” he said.

The Health Minister Ana Mato also responded to criticism of the parliamentary groups, that even described her as “the worst Minister of Health of the Spanish democracy.”

“We are providing every means to avoid any kind of contagion,” she said ensuring that the government is working “with absolute certainty,responsability and transparency” in response to the Ebola transmission.