Prices, the tool to set the new economic model in the region 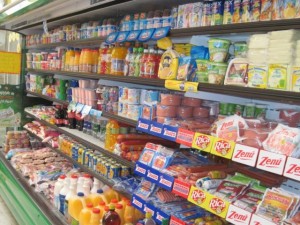 The report “The price: a space of strategic dispute in the process of change,”was published by the Latin American Center for Strategic Geopolitics (Celag). And it says that governments can create regulatory agencies or enter into the bid to compete with the private sector.

The study was conducted by Teresa Morales, former Minister of Productive Development of Bolivia; Guillermo Oglietti, Doctor of Economics; and magister Luis Salas Rodriguez, director of the Center for the Study of Political Economy at the Bolivarian University of Venezuela (UBV).

The text recalls that the neoliberal logic argues that the distribution of wealth must be made in the free functioning of the market, because it has mechanisms to ensure that prices are set to guarantee an efficient allocation of resources in an economy.

These mechanisms act as a regular “invisible hand” to ensure the optimization of the distribution of wealth, and are based on the free interaction of supply and demand, and in order to operate properly, the state should not intervene or regulate.

Contrary to this logic, the study indicates that the economic policies of progressive governments in Latin America have established systems of price regulation, because the “invisible hand” of the market has led to an unequal and unfair distributive logic.

But these governments must change the logic of price setting and determine a methodology for calculating different principles. The form and method of pricing responds to a political, economic and social vision that expresses the kind of society these seek to build; the pricing is not only technical and economic, but political.

The price of WTI per barrel lost 54 cents