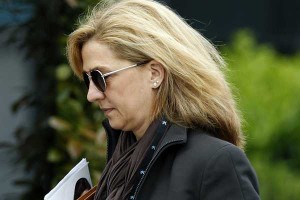 Princess Cristina, sister of King Philip VI, was charged today by a Spanish judge for two tax offenses and money laundering. Her husband is also facing seven charges in an investigation for alleged corruption.

Judge Jose Castro issued today a writ in the city of Palma de Mallorca, ending a long statement in which fifteen people are involved in the “Nóos case.”

According to the order, there are “many indications” that Cristina de Borbón intervened in the case of corruption “profiting for own benefit” and “providing the means to her husband for doing it” through a “silent partnership”.

The defense lawyer of the Princess, Miguel Roca, announced that he will appeal his complaint, because there is no legal basis for it and the instructor did not take into account reports of the Spanish Tax Agency that, in his opinion, would exonerate his client.