Prison crisis: The president presents the diagnosis in an appointment with other authorities

At this time, in the city of Guayaquil, the Crisis Cabinet meets, which deals with the prison situation and the problems of citizen security in the country, a meeting that is chaired by President Guillermo Lasso. 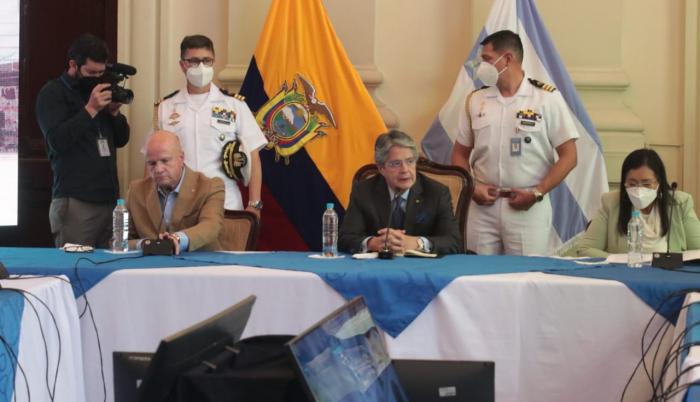 President Lasso heads the crisis cabinet in the Guayas Government.

In a brief speech, the head of state indicated that at the meeting he will present the “diagnosis of what the country is experiencing today,” the decisions that have been made and “the one that we will take later with the support of state institutions.

The crisis cabinet has met behind closed doors on November 13 and 14 and who has given the pronouncements or advances has been the government spokesman, Carlos Jijón .

It is expected that, at least in an hour, there will be an official statement on the changes or progress of the measures adopted and that will be adopted.

Thus, there is also expectation of the “important announcements” that the president announced in a tweet last Saturday, after 11:00 that day.

However, from the General Secretariat of Communication it was pointed out that this Monday the National Agreement to Face the Prison Crisis will be presented. Today there are 68 victims of the most recent massacre that occurred in the Litoral Penance.