Nicovita builds an experimental center for the technological development of shrimp in Naranjal. Meanwhile, the multinational Skretting will open its aquaculture research center in Durán in mid-October. 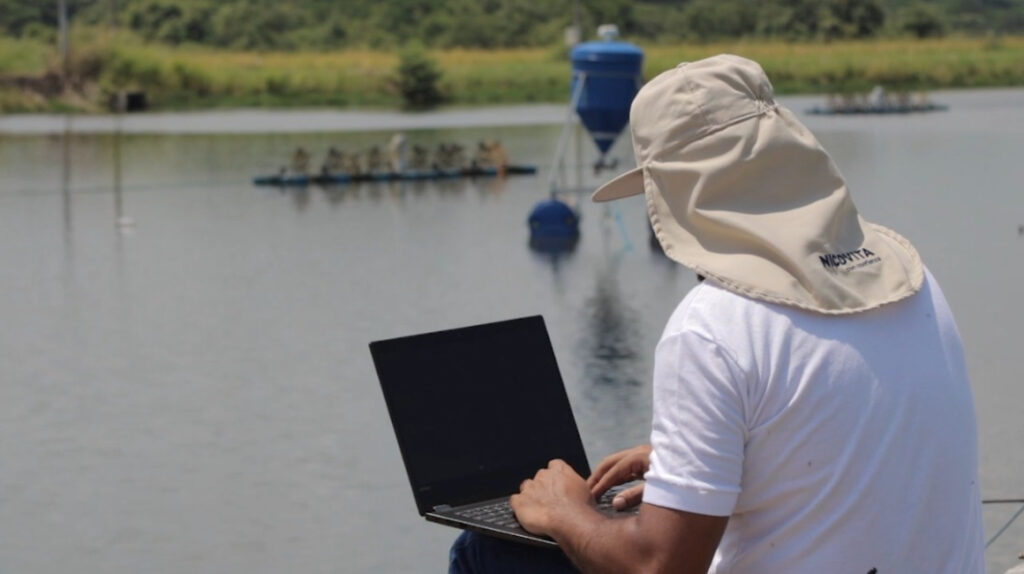 Referential image of what will be the Experimental Center for the development of Aquaculture Technology (CEA) in Naranjal, Guayas province, through which it seeks to promote the shrimp sector.

The bet of the private company to develop the shrimp sector doubled in less than a year.

Through different projects, it aims to further position one of the main Ecuadorian export products.

According to data from the Ministry of Production, investment in the shrimp sector grew substantially between 2021 and so far in 2022.

The current item amounts to USD 278 million, USD 161 million more than in the previous year, when it closed at USD 117 million.

Since the beginning of this year, 38 investment contracts have been signed. The projects in which aquaculture investment is developed are varied.

In addition, Ecuador will have two centers, one for the technological development of shrimp and another that will contribute to aquaculture research.

Nicovita will implement an Experimental Center for the development of Shrimp Aquaculture Technology (CEA Tecnológico).

It is a space that will house a set of shrimp farming pools. There, a group of experts will validate existing, new and company-specific technologies.

In addition, it seeks to develop new technological solutions that contribute to improving productivity, efficiency levels and profitability in the cultivation of the product.

This center will be built in the Naranjal canton (Guayas), two hours from Guayaquil. And it will analyze geographic, climatic, physical, temperature and other variables that shrimp farmers face daily.

“After studying 14 locations, Nicovita decided to locate it in Naranjal. The canton meets conditions similar to those of shrimp farms in terms of salinity, temperature, rainfall, and has characteristics that can be extrapolated to the rest of the sector,” added the executive.

At the same time, the company announced the construction of a shrimp feed production plant, with an investment of USD 80 million, on the Guayaquil-Milagro highway.

The other research center is run by Skretting. The agreement was signed in March 2021, but the facilities are ready and will be inaugurated in mid-October.

“This research center has the objective of promoting innovation and development of white shrimp nutrition, to offer the aquaculture sector new solutions to improve its performance,” said César Molina, Research and Development manager of Skretting Ecuador.

This space will house state-of-the-art equipped laboratories and experimental units, to carry out tests under controlled conditions.

It is located next to the Skretting Ecuador balanced feed manufacturing plant, at kilometer 4.5 of the Durán-Tambo road.

The multinational invested USD 6.1 million for its construction.

Exports and other projects

Another of the private investments comes from the Lanec Corporation. The shrimp group will invest more than USD 40 million in aquaculture production projects, electrification of shrimp farms, innovation and technology.

“We will invest in the implementation of sustainable and environmentally friendly technologies, such as the installation of new electric motors that would reduce CO2 emissions,” said Teodoro Malo, General Manager of Lanec.

For the executive, “Ecuador is the best producer and exporter of shrimp in the world and we want to continue investing in the potential we have as a country.”

Additionally, it is building a new shrimp farm in the province of Santa Elena.

The project sits on 747.87 hectares, will generate more than 2,150 direct and indirect jobs. In addition, it will economically benefit larval laboratories, input suppliers and fishery sub-producers.

Lanec harvests more than 52 million pounds of shrimp a year from its nine aquaculture farms.

This translates into the reactivation of the sector. According to data published by the National Chamber of Aquaculture, shrimp exports stand at USD 4,481.79 million so far in 2022. While 2021, they closed at USD 5,078.82 million.

Thanks to the signing of these contracts, the shrimp sector has generated almost 5,500 jobs since 2021.