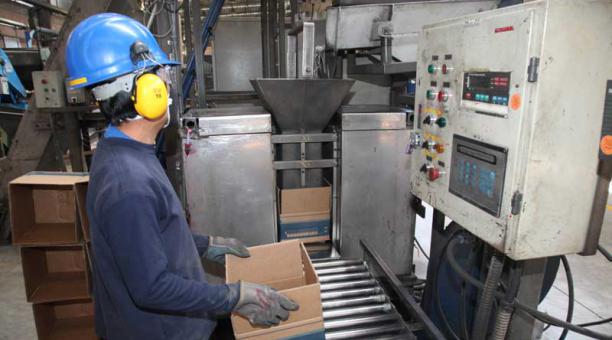 In 2015, a year of slowdown in the economy, private investment grew and exceeded the public investment for the first time since 2012. The indicator of gross fixed private capital formation, which measures the investment that companies make in fixed assets as install or expand of factories, machinery, and other technological equipment, rose 11% in 2015 compared to 2014.
Andrés Robalino, director of the Chamber of Industries of Cuenca, the explanation for the growth, is that the productive business investment budget was planned in October or November 2014 and implemented in the first months of 2015, when the economic downturn was not felt until late last year.

A company that already had planned investments was Successors of Jacobo Paredes S. A., which produces the brand of noodles Tuscany and Paca. The company identified a potential market in Guayaquil that until then consumed more imported products. To target that niche it implemented two new production lines at the cost of USD 2.5 million between 2014 and 2015, explained its manager Fernando Sanchez. USD 14,120 million for private investment recorded until the end of 2015, according to data from the Central Bank of Ecuador (BCE), accounted for 54% of total investment. Thus, companies were a powerful actor in the economy, in a year where public investment fell by 18%.

The referendum on tax havens convenes the President