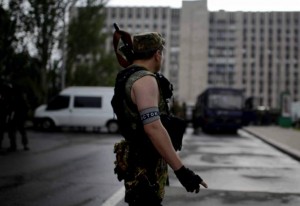 Pro-Russian separatists vote today for establishing a regional leadership in East Ukraine, in order to approach the region to Russia. While the fighting still affect the territory.

The separatists choice is the latest chapter in a geopolitical confrontation between Russia and the West over Ukraine. Which seeks the integration with the rest of Europe.