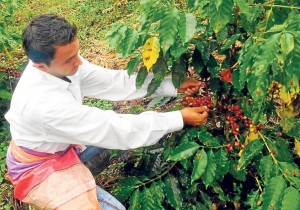 The rains caused by El Niño phenomenon, whose start was forecasted for late December, would not be entirely negative for sectors such as forestry, shrimp and dorado catch, and could eventually boost an increase in the production of coffee and cocoa.

This was estimated by Javier Ponce, Minister of Agriculture, Livestock and Fisheries, when asked by daily El Universo.

“There are activities that may rebound,” said Ponce, adding that in the case of cocoa and coffee attention must be paid to overcome the monilla and leaf rust pests.

Ivan Ontaneda, president of the Ecuadorian Cacao Exporters Association, said that the effects of El Niño began to be felt in March with a climate change, something that caused diseases by the excess of moisture.

“In August the affectation reached a 50% in Manabi, Esmeraldas, Los Ríos and part of the Amazon,” Ontaneda said, adding that this will result in 20,000 tons less of fruit for the first half of 2016.