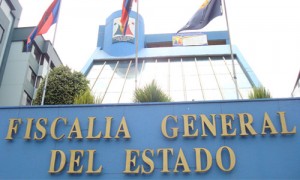 The Prosecution left open the possibility of summoning Interior Minister Jose Serrano to give his version in the investigation conducted by the sale of transfers within the National Police.

Attorney General Galo Chiriboga said on September 29 they are going to take the versions of all those who have been mentioned in the inquiry process. The police officers involved in this case mentioned that the money presumably went to the Interior Ministry and was also used to finance concentrations of the ruling party (Alianza Pais). On this issue, deputy interior minister Diego Fuentes said on Thursday March 24 to daily El Comercio: “it is better to avoid echoing malicious statements … Let us be objective. We have fired more than 1,000 police officers since 2013. All has been transparent,” said Fuentes.

The government will launch bonds worth $ 1,000 million to the stock market