Prosecution says there are 18 extradition requests to the United States 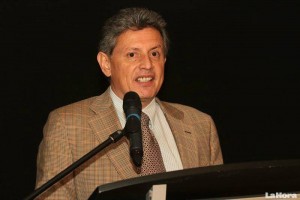 The Attorney General, Galo Chiriboga, said that nearly 20 requests for extradition of Ecuadorians in the United States remain without answers from the American justice.

In a statement, Chiriboga said that it is about 18 formal requests for extradition the US courts have not responded and many of them are pending since 2000.

Among the pending cases is that of Pedro Delgado, president of the Central Bank of Ecuador and cousin of President Rafael Correa Delgado.

According to the prosecutor, Delgado is required by “intentional use of false documents”. Delgado himself acknowledged in December 2012 that he falsified his economist bacherlor´s diploma. He is also charged with the crime of bank embezzlement, for which he was sentenced to eight years in prison.

He escaped to the United States after his admission of having falsified his university diploma.

Other requests for extradition mentioned in the statement of the prosecution, include people accused of crimes ranging from murder to human trafficking and indecent assault, among others.