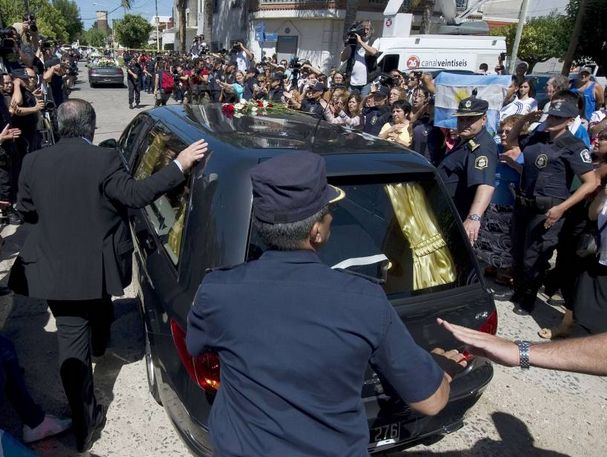 The Argentine prosecutor Alberto Nisman, was buried yesterday in a cemetery in Buenos Aires accompanied by dozens of anti-government people who goodbye him with applause, justice requests and signs reading “We are all Nisman”.

Nisman, appeared with a shot to the temple on Sunday 18 January, after denouncing to the Government to cover those accused of an attack on the Asociación Mutual Israelita Argentina (AMIA) in 1994 that left 85 dead.

Days before his death, he had accused President Cristina Fernandez from be part of a plot to conceal the accused Iranians of the attack.

The two daughters and his ex-wife prosecutor highlighted on two funeral notices published yesterday in the newspaper La Nación its commitment to work in the prosecution established in 2004 exclusively for the investigation of the attack.

“We dismissal yearning that you find for peace that your dedication to work not allow you to enjoy the full”, published in separate notice his former wife, Sandra Arroyo Salgado.

Amid investigations involving the intelligence services, is still unclear whether it was suicide or murder.

Ecuador assumed the pro tempore presidency of the CELAC